Xiaomi is launching its anniversary flagship Mi 8 tomorrow and teasers and leaks keep flooding the internet. Two short clips, merged in a single video about the precise location capabilities of the phone appeared on YouTube.

The new device will probably have even better navigation thanks to the rumored dual GPS receiver, because the overall topic of the short adverts is one is getting lost in directions, while the other is getting lost in translation, explaining where to go exactly.

A promo poster with a window in the shape of the number 8 also arrived. Out of it, you can see the Giza Pyramids in Cairo, Sagrada Familia in Barcelona, Taj Mahal in India, The Leaning Tower of Pisa, St. Basil Cathedral on the Red Square in Moscow, the Eiffel Tower in Paris, a Vietnamese pagoda and a Presbyterian church. 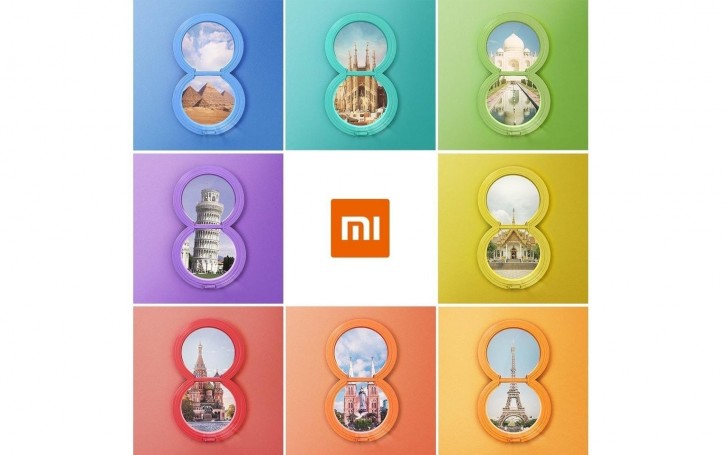 All we have left is to wait until tomorrow and see if Xiaomi has any secrets left up its sleeve.

So many brands, so many models, yet they all look the same ...

The pics may also resemble that there are 7 wonders on earth and mi 8 is the 8th one.