Motorola is expected to announce a bunch of new smartphones soon, two of which are the Moto E6i and Moto E7i Power that have been Bluetooth SIG certified. 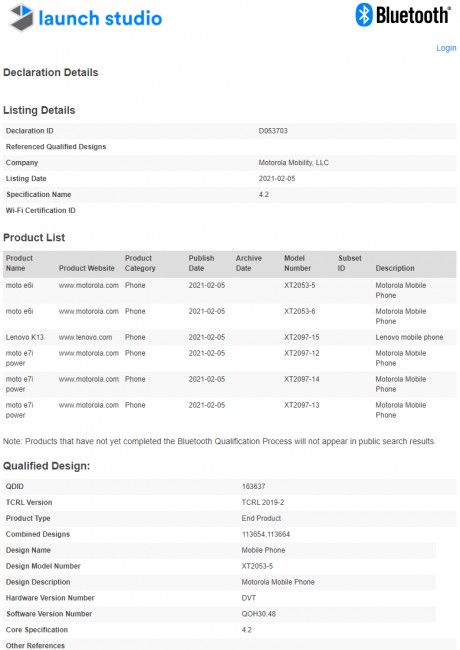 The listing also includes the Lenovo K13 bearing model code XT2097-15, suggesting it could be a rebranded E7i Power for the Chinese market.

Bluetooth SIG doesn't detail these smartphones' specs, but we expect the E7i Power to pack a battery no smaller than 5,000 mAh.

Indeed. They wanna push people to buy a phone as soon as their current one gets just a couple years old

Shattershield is one of those features that allows you to cling on to your phone for longer than the usual 1-2 years, so it's good for us consumers, but not so much for Lenovorola's sales targets. That said, the sheer amount of phones churn...