Moto G5 leaks in the wild, retail package in tow

If you're eagerly awaiting Lenovo to release the Moto G5 we've got a fresh leak for you. Courtesy of an OLX listing we get a sneak peek at the upcoming budget droid itself along with its retail contents. The listing appears to have been pulled, which only lends credibility to this leak. 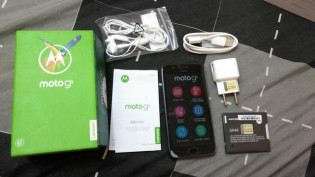 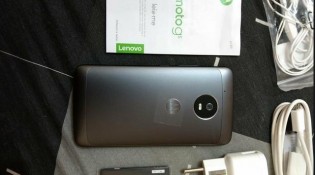 If the retail package is the real deal then the Moto G5 will come with a charger, USB cable and headphones, and what looks like a spare battery. That's the same battery (GK40) that the Moto G4 Play uses.

The stickers on the Moto G5 reveal the specs we've come to expect from the device - a 5" 1080p screen, Snapdragon 430 octa-core chipset with 2GB of RAM, 32GB on-board storage with microSD expansion, fingerprint scanner, dual-SIM abilities and a 2,800mAh battery. 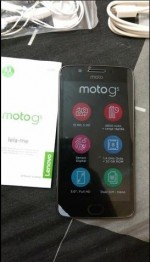 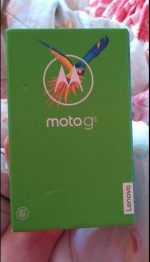 We expect Lenovo to officially announce the Moto G5 tomorrow at the Mobile World Congress in Barcelona.

That's probably not a spare battery, more likely that's THE battery, the battery is often in the box and not in the phone.

Spare Removable battery!!! *tears of joy* BTW that is a pretty decent retail package for a low mid-range smartphone...

G5 didn't support, but G5 plus will support NFC