Moto G5S and G5S Plus go official with improved cameras

The phone comes with 5.2” screen of Full HD resolution. There is a fingerprint scanner/home button that sits below on the front panel.

Just like the Moto G5, Motorola Moto G5S runs on Snapdragon 430 with an octa-core CPU. There is 3 GB RAM and 32 GB storage, but Moto included a hybrid microSD slot for up to 128 GB more if needed. The OS is Android 7.1 Nougat, and the whole setup is powered by a 3,000 mAh battery - slightly larger than the 2,800 mAh juice pack of the G5. 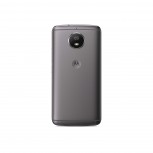 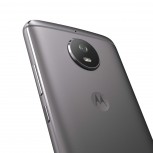 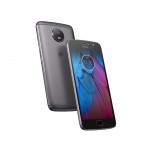 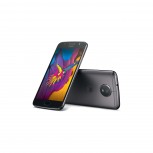 Another improvement is the 16 MP camera on the back, which however retains the f/2.0 aperture and single LED flash. Video recording is still limited to Full HD since that's as high as the Snapdragon 430 will go.

The 5MP wide-angle selfie got an aperture boost and now site behind an f/2.0 lens. There is also an LED flash now for better selfies in the dark.

The phone comes in two colors - Lunar Grey and Fine Gold and will retail for €249.

The more capable member of the duo, Motorola Moto G5S Plus is built around the same Full HD resolution screen as on the Moto G5 Plus with a slightly bigger diagonal - 5.5 inches.

The chipset is unchanged - Qualcomm Snapdragon 625 with an octa-core CPU clocked at 2.0 GHz. The G5S Plus didn't get a battery boost - it's still 3,000 mAh, but its camera got a major upgrade. 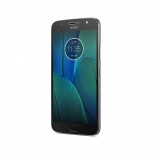 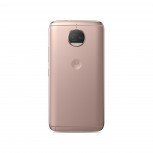 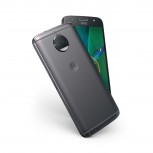 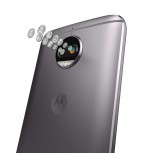 The Moto G5S Plus has a dual camera setup with two 13 MP sensors placed horizontally and sitting behind f/2.0 lenses. That allows for improved image processing and cool features such as portrait mode. The G5S Plus can also shoot 4K videos.

The selfie camera has been upgraded to 8MP resolution and brighter f/2.2 lens.

The Moto G5S Plus also comes in Lunar Grey and Fine Gold.The G5S Plus will cost €299.99 and will start shipping on August 18. In fact, it's already up for pre-order on Amazon.it and other retailers are likely to follow suit shortly.

So much of the hype for measly dual camera :(

"the same 5.5 screen of Full HD resolution as on the Moto G5 Plus." Maybe it was just poor wording but the g5+ has a 5.2 full HD screen, not 5.5 This kind of stuff makes me have to figure out what other brands to check out other than moto. Ne...

People, this is just a mid-ranger from Lenovo, it doesn't have to have all the features, all the good camera and SoC, also sd450 wont be available for phones before november or even december, if they had put sd630 it would have cost more, but I agree...