According to new intel, obtained by Evan Blass, Cricket will launch one of the Moto G7 phones under the name Moto G7 Supra.

Judging by the regular notch and going by recent unconfirmed renders the phone in the image is either the Moto G7 Play or Moto G7 Power. The Moto G7 and G7 Plus appear to have waterdrop notches. 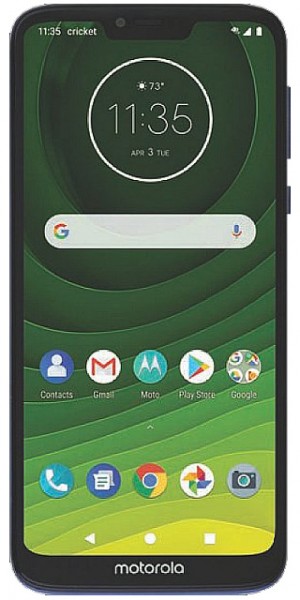 This would mean that the Moto G7 Supra will have a single (most likely 12MP) camera and fingerprint scanner on the rear, a single (likely 8MP) selfie camera on the front and a 4,000mAh battery on the inside. It could use a Snapdragon 632 chipset.

If the Moto G7 Supra is a rebranded Moto G7 Power then it could even pack a 5,000mAh battery.

How is this a "Play" device? What does it play? Old emulators? It's not aimed at music lovers either so why is it called that when literally every other brand calls their gaming-oriented devices "_____ Play". Motorola is a dinosaur.

This is the cheapest one