Yesterday a Slovakian telecom leaked the still unannounced Motorola Moto G9 Plus along with most of its specs.

Today the phone was listed on Google's Play Console revealing another piece of the puzzle. According to the listing, the handset will feature a Snapdragon 730. It will be backed by 4GB of RAM and the phone will run Android 10 on a 1080p screen. 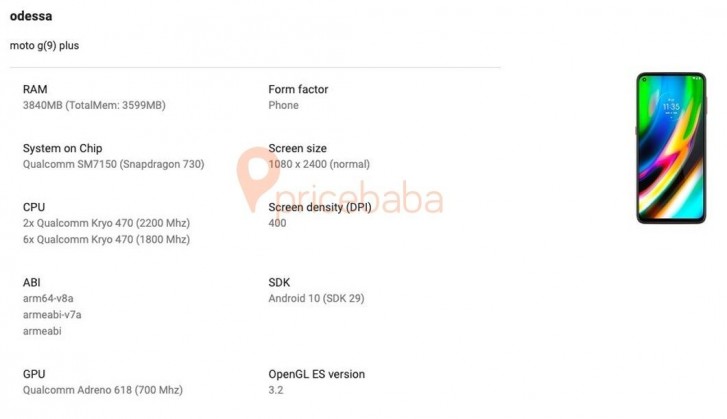 The functionality and resolutions of the second and third cameras on the back are basically the only unknowns remaining, but at te rate these leaks are coming the official announcement should be just around the corner.

I wanted to buy this phone for my dad. Yeah he didn't want it. He is not that old so he knows more actual tech than me. Just doesn't care about price/performance He prefers his a7 2018

Yes, Fusion+ is an awesome device by Moto.

You can buy right now Moto One Fusion Plus. 6GB of ram. I bought it, great "little" phone.