Just a short while ago we found out that this year's edition of Motorola's Moto G will get support for the MotoMaker customization service, and now a new leak out of Brazil brings us even more details about the handset.

It's said to be announced on July 28, and it should go on sale in Brazil on the same day. As previously leaked, the Moto G is then going to make its way to Chile in August. 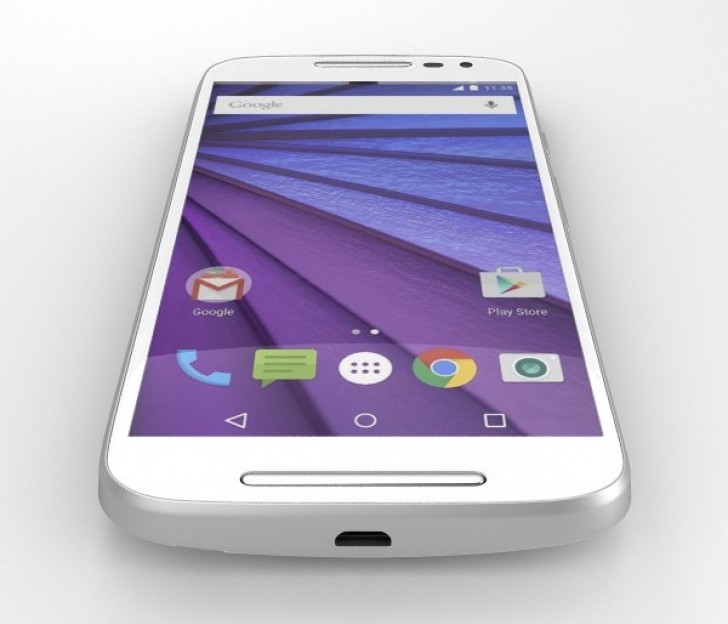 In charge of performance will be Qualcomm's Snapdragon 410 chipset, with a 1.4 GHz quad-core Cortex-A53 CPU and Adreno 306 GPU. The phone will have a few different iterations, it seems, as both 8GB and 16GB of built-in storage will be offered (and that will be expandable via microSD cars). Additionally, we'll see one model with 1GB of RAM and another with 2GB. So the one with 1GB of RAM might get just 8GB of storage, whereas the variant with 2GB of RAM will probably have 16GB of space.

Interestingly, the new Moto G is also said to come with IPx7 certification, meaning it will be water resistant up to 1m for up to 30 minutes. It doesn't look like it will sport dust resistance too, though. In Brazil it will reportedly start at BRL 899, which at the current exchange rates means $287 or €261, but you shouldn't have a shock - smartphones are much more expensive in Brazil than elsewhere. Internationally, we expect the Moto G (2015) to be priced similarly to its predecessors.

Thanks for the tip, Felipe Martins!

I was waiting for this device for a while... how disappointing.