Motorola just announced its latest mid-rangers - the Moto G8 Power and Moto G Stylus. The first one brings a huge 5,000 mAh battery, while the other comes with a stylus as you could have guessed from its name. The two pack 6.4-inch screens, Snapdragon 665 chipsets and very attractive pricing.

The Moto G Stylus is the more exciting entry thanks to its built-in stylus, a first for Motorola. While it doesn’t come with the fancy pressure sensitivity and Bluetooth functionality of Samsung’s S Pens, you get the same basic utility at a fraction of the price. Motorola is also bringing its own Moto Note app which allows you to jot down notes and sketches as soon as you take out the stylus from its housing in the bottom right corner. There’s also a customizable quick launch menu that can house several shortcuts for your convenience. 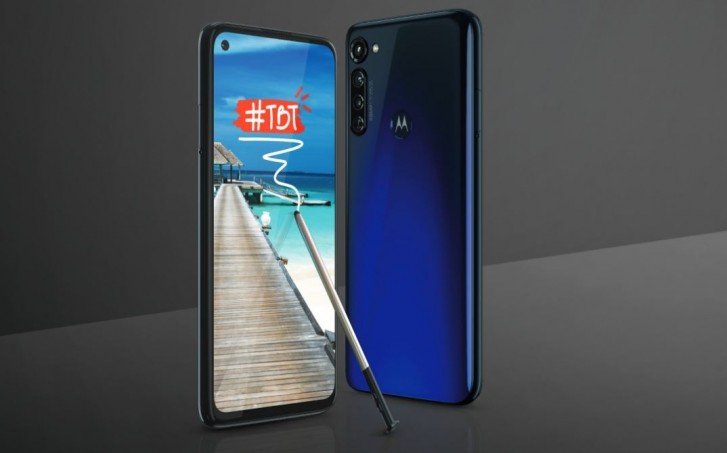 The 6.4-inch IPS display of FHD+ resolution has a punch-hole cutout for the 16MP selfie cam. The aspect ratio is 19:9.

The back houses the fingerprint reader inside the Moto logo and 3 cameras with a 48MP main shooter and a 16MP ultrawide Action Camera that is inherited from the Moto One Action. It’s important to note that this is a dedicated video camera and cannot shoot stills. The third shooter is a 2MP macro cam which comes with a 2cm focus distance. 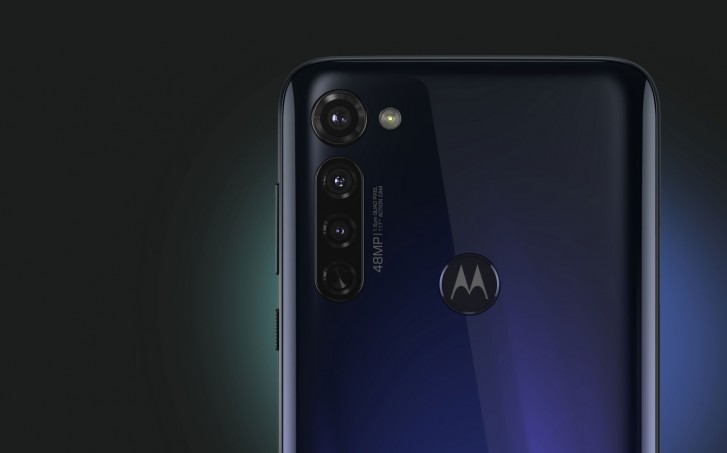 Under the hood, we have the Snapdragon 665 chipset paired with 4GB RAM and 128GB storage which can be expanded via the micro SD slot. There's a 4,000 mAh cell with 10W charging over USB Type C.

The phone boots Android 10 which comes with the neat Moto Actions. Other noteworthy specs include a 3.5mm headset jack, Bluetooth 5.0 and a Hybrid Dual SIM slot which can house 2 Nano SIMs or a single SIM and microSD card.

The Moto G Stylus will go for $299 and is coming later this Spring. It's only listed on the Motorola US website with availability for other markets yet to be detailed.

The Moto G8 Power is built around the same 6.4” IPS 19:9 display of FHD+ resolution. The selfie camera layout and 16MP resolution is maintained but this time there are dual speakers. 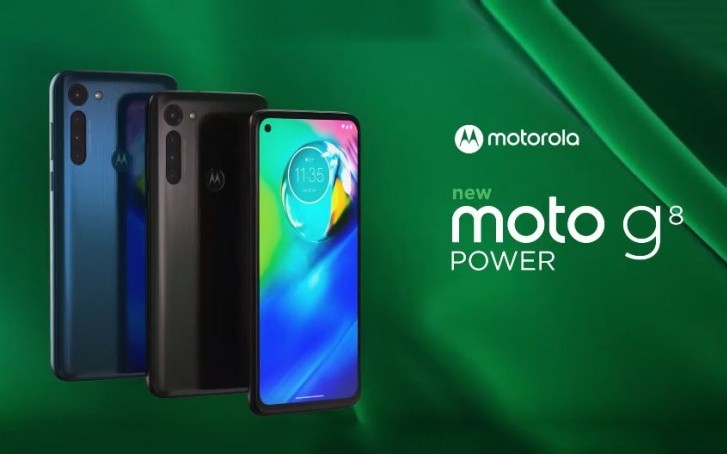 Around the back, we have a four-cam array, headlined by a 16MP main shooter. There’s also an 8MP ultrawide snapper with a 118-degree field of view as well an 8MP telephoto module with 2X optical zoom. The fourth shooter is the same 2MP macro camera as on the G Stylus. The fingerprint reader is again located in the circular Moto dimple. 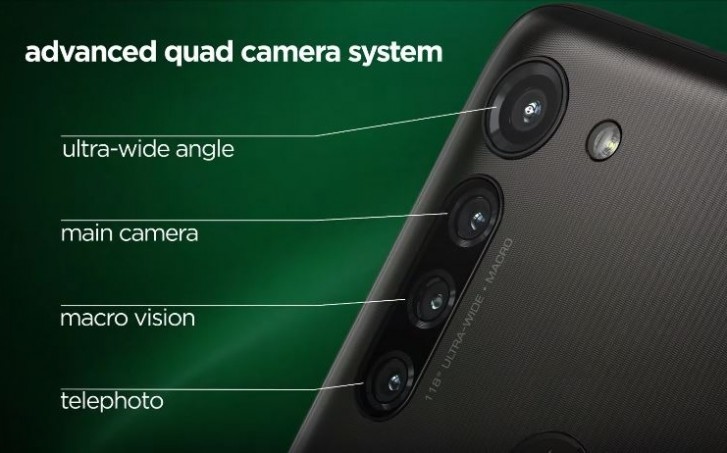 Moving on we have the Snapdragon 665 chipset alongside 4GB RAM and 64GB storage which can be expanded via the microSD slot. Motorola is also advertising a water repellent design but no actual IP rating.

One of the key features of the device is its 5,000 mAh battery which comes with an 18W charger in the box. Motorola is advertising up to three days of usage on a single charge which is reasonable given the rather low power processor. The software front is covered by Android 10.

The G8 Power comes in Smoke Black and Capri Blue colors and will go for $249 in the US. Like the G Stylus, it's expected to arrive later this Spring.

This one is also going to be available in the UK with Amazon already taking pre-orders at £114. Availability there is expected to start on April 1.

The Power model would be a great sell in America.

what a same; the G stylus could have really been a really decent budget Samsung Note replacement, instead it misses on critical simple necessity such NFC which for some reason is classified as a flagship feature......seriously Moto, how much would it...