OK, so this is going to take a little getting used to, but there is no longer simply a Moto X. The split came unexpected, but is definitely not void of logic. What was previously Motorola's flagship has now been branched into a high-end and a mid-range offering, the latter filling the gap between the X and the G.

If we follow this logic, then, the Moto X Style is more or less the direct successor of the Moto X (2nd gen). It is equipped with the most powerful hardware in the lineup and it appears that most of the leaks we have had in the past pertained to it, rather than its Play sibling.

Moto X Style runs on the Snapdragon 808 SoC and has 3GB of RAM, instead of the 4GB most fans were hoping to see. As the LG G4 showed us, the 808 provides ample power even if its graphics performance leaves something to be desired. It should do pretty well with Motorola's clean approach to Android and from our first impressions showed the smartphone feel pretty snappy. 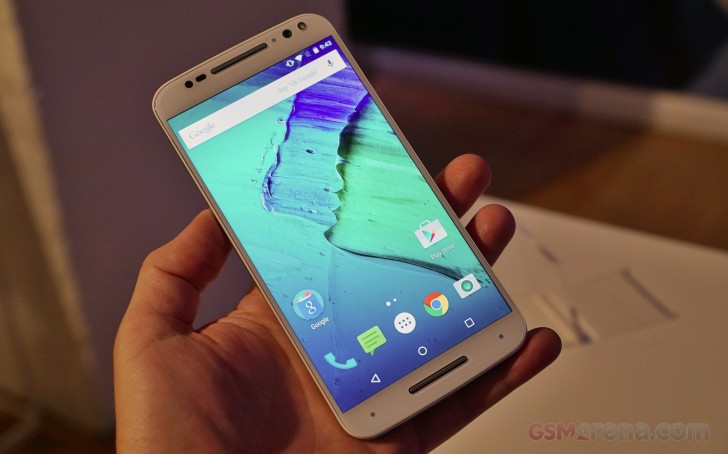 The most notable change is, of course, screen size. What was once a humble 5.2-inch, pocketable device, has now gone full phablet and boasts a 5.7-inch QHD display. This might be a drawback to some, but we definitely have to admit that the display looks amazing. The extra reals estate really opens up new possibilities and with a resolution of 1440 x 2560 pixels and 520 ppi pixel density, the Moto X Style looks great.

The camera setup is where we see the most radical upgrade and Motorola made sure to stress that out during the announcement. The main sensor is now 21MP and equipped with phase-detection autofocus and a dual-LED, dual-tone flash. It still offers 2160p@30fps video recording.

Photos taken with the new hardware look really detailed with great colors and sharpness, but again, this is a first impression and we can't really be certain until we put the phone through our rigorous testing procedure. Here are a couple of shots we took with the main camera, as well as the new 5MP front-facing one, which even comes with its own flash!

As for the visuals, well, the Moto X Style definitely feels a lot different than the old Moto X. Most of that feeling is due to the plus size, so if you can get past that you'll realist that the device has a very similar design language and shares many of the excellent handling touches of its predecessor. Motorola did very well with the scree-to-body ratio too, so we certainly wouldn't call this one unmanageable.

Not much has really changed on the front and the signature horizontal bars are still in place. The new size form definitely suits the Moto X and the phone definitely left us feeling very positive about its chances. We can't wait to give this one the review treatment!