Moto M appears in the flesh in new leaked photo

It’s been a couple of weeks since we hear about the Moto M. A new ‘Lenovotorola’ device with a rear mounted fingerprint scanner, and an overall design reminiscent of the Moto X with a curved backside, yet, quite generic-looking. There has been word of a couple of variants of the “Moto M” which could come in “Mini” and/or “Plus” variants.

The pictures leaked by TechDroider show a device very similar to the one we saw go through China’s TENAA last month. While there aren’t any live photos of the rear, the front still matches those images (seen below). 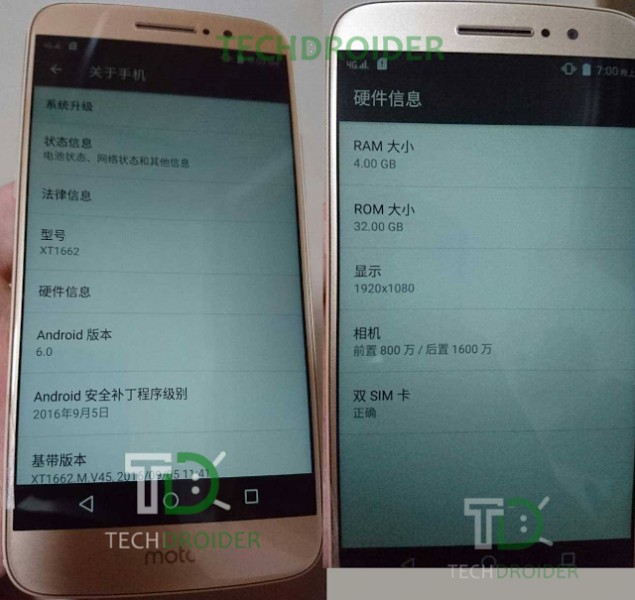 The image on the screen shows that the phone has 32GB of internal storage and 4GB of RAM running on Marshmallow. This phone carries a model number of XT1662 and sports a 1080p 5.5 inch display with a 16MP/8MP camera setup. If this is the same phone we saw passing TENAA, there could be a MediaTek MT6750 ticking inside. 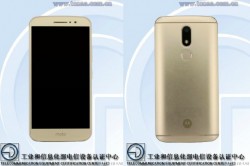 The phone itself is said to be released only in Asia and will be made by Lenovo, not Motorola. That could explain the slight changes in design language, particularly on the rear of the device. While the front reminds us of the OG Moto X with its curved corners and subtle lines, it’s a bit harder to tell from the backside with the rear-mounted fingerprint scanner, something we have yet to see on a Moto device.

Galaxy S4 on the front; HTC on the back. Mullet.

Looking very cheap like lenovo phones. Better design development leave it to moto instead of putting hand in that. lenovo wants to remove moto brand i think.