Thanks to the launch of last year’s Moto Z, there was no Moto X smartphone last year, which ultimately led us to believe that Motorola/Lenovo scrapped the model altogether. Well, this year, we are well aware that Motorola is going to pick back up where it left off with the third generation Moto X Style. 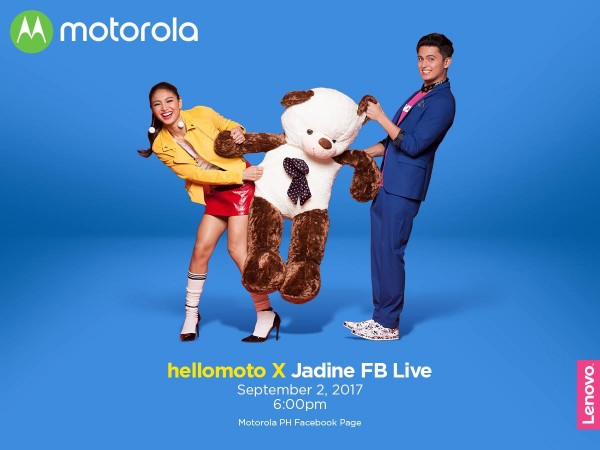 The livestream event will feature two famous Filipino actors: Nadine Lustre and James Reid, aptly dubbed: Jadine. Given that it’s been a while since leaked photos of the device have been circulating on the internet, we’d say it’s time that Motorola announced the phone already. Besides, "HelloMoto X" in the title pretty much guarantees a launch event.

In other news, Twitter user @HeyAndri has tweeted possible Moto X4 pricing for North America. Anrdi has tweeted about several rumors regarding Motorola devices in the past, though a couple of them have proved to be inaccurate like the Moto X4 release date of June 30.

Also, this would create a huge gap in terms of pricing its portfolio of devices. Again, these are unofficial prices, so we’ll keep holding our breath until the Moto X4 launch event.

The Moto X4 is rumored to launch with a dual camera setup and an IP-68 water resistance certification. There is also 3,000 mAh battery powering a very-efficient Qualcomm Snapdragon 630 CPU. For the full list of rumored specs, check out this post.

It's almost exactly what I'm after, so...

And when something comes close to a Xiaomi, people also say buy Xiaomi. These brands are spoiling the market, or otherwise, depending on how we think.