Last week Motorola officially started taking pre-orders for the Moto X (2014) in China, following the company's reentry into that market, which was announced earlier.

The latest Moto X went up for pre-order in China on January 27, and it seems to have become quite a hit over there. That's because Motorola's Chinese arm has unveiled that as of February 1 it has already received more than one million pre-orders for the device. 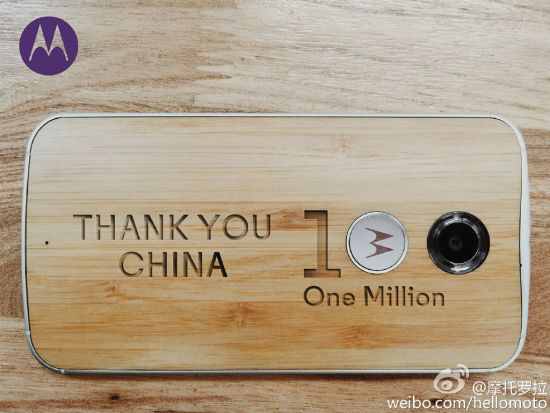 So the new Moto X is clearly going to be quite a success in China when it will finally be released. Speaking of which, it's still unclear when exactly that will happen.

When reading about pre-orders in China, you need to be aware that generally speaking these work differently over there than they do in other places. Most of the time, to pre-order (or reserve) a handset in China you do not need to make any payment at all - that will happen when the product you're trying to buy arrives in stock. This of course means that some fraction of the people who pre-ordered those one million Moto X units may change their minds and not purchase it after all.

Its only to register your interest in the product and many Chinese do that without intent of buying. Moto is lucky if 10 to 15% of those turns into sales. Its more like "email me when this product is in stock".

It's a very decent phone, so people are ordering it, not really any 'news' here.