That alleged Moto X (2017) that leaked twice in December of last year actually turned out to be the Moto G5 Plus, which got official at MWC last month. However, Motorola is still apparently working on a new Moto X. At least if you choose to believe the latest leaked images which you can see below. These are said to depict the Moto X (2017), and that information comes from a pretty solid leaker of all things Moto-related. Of course, you shouldn't take this for granted even so.

As you can see, the purported 2017 edition of the Moto X comes with a full metal body (complete with necessary antenna bands), a front-mounted fingerprint scanner, a front-facing LED flash, and a dual rear camera setup. The overall design is very similar to what we've seen on the Moto G5 duo. 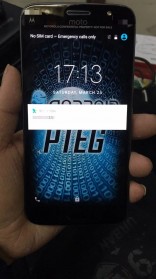 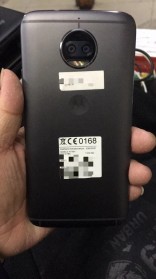 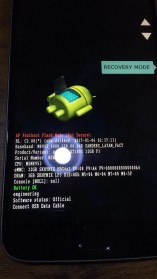 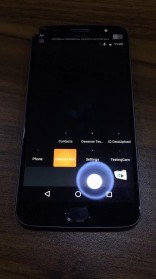 The Moto X (2017) is powered by Qualcomm's mid-range Snapdragon 625 chipset that's also inside the Moto Z Play. It's aided by 3GB of RAM and 32GB of storage in this particular prototype, though other memory versions may launch too. Given the fact that the new Moto X is also said to sport a 5.5-inch touchscreen, it seems to be really similar to the Z Play, aside from the addition of the dual rear cameras.

A release time frame hasn't been leaked with the images, so we're left guessing on that one. As for positioning, this should obviously be just a small step up from the Moto Z Play - if you want a dual camera, or a step down from that model - if you care about modularity.

What is going on at Motorola? I had no idea a smartphone could be made so ugly.

Have to agree!!! Their design is awesome