By now we know almost there is to know about the upcoming Moto X, which would be officially announced three days from now on August 1. 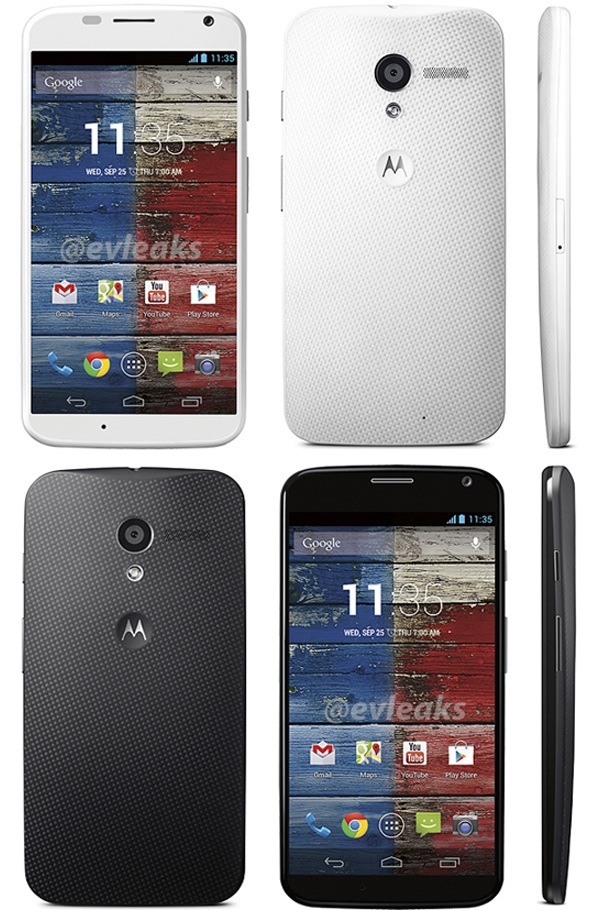 @evleaks, who have given us plenty of Moto X images until now, have these final set of press shots, in both black and white, that give a good clear look at the device. We assume these will be the default colors and on top of that you would be able to customize the look and feel from Motorola's website. Whatever it is, we don't have to wait too long now to find out.

Actually the Walkie-talkie was a Motorola (or then called Galvin Manufacturing Company) invention as well (The Motorola SCR-300). He would have been using a "handheld two-way radio transceiver".

Hoping for a $300 pricetag with these specs.

all of these moto x news really make me sick