Huawei is usually the one to play naming games in the mobile world, but today Motorola's proved it can dabble in that realm too. See, Lenovo's subsidiary has launched a new smartphone in China - the Moto Z 2018. It even comes with a limited edition variation, called Moto Z 2018 Kingsman VIP Special Edition.

Yet despite the name this is nothing but a Moto Z2 Force with a gold M logo on the back and a bunch of accessories thrown in for the special edition. The specs are exactly the same, the look is exactly the same, you get the idea - for all intents and purposes, this is a Z2 Force, just going by another name for whatever reason. 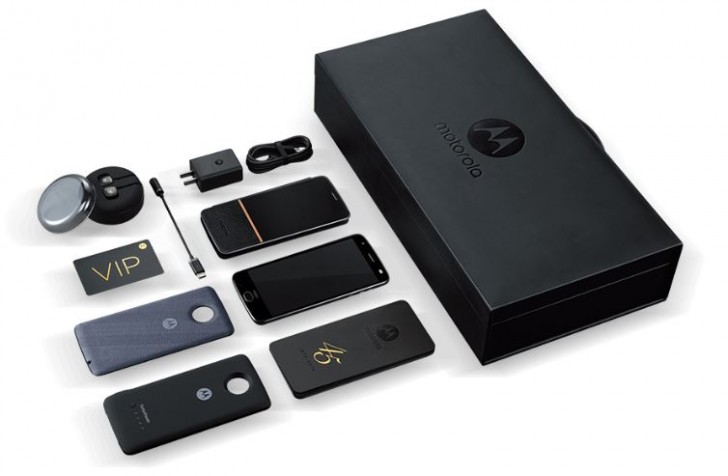 The Moto Z 2018 Kingsman VIP Special Edition is truly special in that it's priced at CNY 9,999 which means a whopping $1,507 or 1,282. For that huge amount of cash you receive the same phone, but it will arrive in a box that's shaped like a briefcase (to go with the movie tie-in, get it?).

The special package also contains a VIP card, a TurboPower battery mod, a wireless charging mod, a USB Type-C to 3.5mm adapter, a leather flip case, a 45th anniversary notepad, a pair of USB Type-C Hi-Fi headphones, and (surprise!) a warranty card. The special edition smartphone is only going to be offered in black. At the moment there's no information on whether a non-special Moto Z 2018 will be released in China, and if so how much it will end up retailing for.

only sold 8 in JD

Kingsman and China? What is the connection in it? Lenovo went bonkers

Lenovo = delusional. Good luck selling even a few of these phones at the reputed price...!! Loony toons.....!!!