The Moto Z2 Play has a new 12 megapixel camera on the back with f1.7 aperture, 1.4um pixels and dual pixel phase detection autofocus. The camera also has two-tone dual LED flash and can do 4K video. This is the same camera as the one on the new G5 Plus.

On the front is a 5 megapixel sensor with f2.2 aperture, 1.4um pixels, and also two-tone dual LED flash. This camera is also identical to the one on the G5 Plus, except for the flash.

The camera software is similar to recent Motorola phones but with one small change. The app has an easy-to-use UI with basic controls spread around the viewfinder. The small change in this app is that there is now a dedicated button to switch to video view whereas previously it used to be under the mode switch button on the bottom/top right. The mode switch still has the video option but now there is another option there for live video streaming over YouTube. Additional options are available in a drawer on the left.

Being the same camera from the G5 Plus, the image quality is similar, which is to say good but not spectacular. We noticed a good deal of detail in the images and the colors were great. What we weren't thrilled with was the dynamic range, which combined with the tendency to over expose, lead to many blown highlights. In low light, the colors lose their vibrance and go very pale and the darker areas of the image take a distinct bluish appearance. In good balanced lighting scenarios the camera can take some great looking images but throw some challenging light at it, whether it is high contrast scenario or low light environment, and the Z2 Play starts to struggle.

The camera does include an HDR mode but its efficacy ranged from 'useful' to 'made no difference' to sometimes 'actually made the image worse'. In some situations, it does bring up a fair bit of detail from the dark regions while recovering the highlights. Mostly, however, it only opens up the shadows without touching the highlights. Sometimes it will just overexpose, which improves the shadows but further contributes to highlight clipping. It's quite unreliable and it's best to experiment with it than leaving it on auto.

Electronic image stabilization is available in 720p and 1080p30 modes but not in 1080p60 and 4K modes. As you will see with our video samples, it performs really well, but we really wish there was a way to have the 4K videos stabilized as well.

There is also HDR option available for video, which is available in all modes except 1080p60. This is unfortunate, as we consider the 1080p60 option to be quite a versatile mode for day-to-day shooting.

In terms of video quality, the Z2 Play does reasonably well. The issues with photo quality are also present in video, with the dynamic range being a sore point. The HDR mode once again is a hit or miss here, especially since this is video.

One of the problems with the Z2 Play camera is the same one as on the G5 cameras and that is the low quality viewfinder feed. Not only is the resolution low but while shooting 60fps video the viewfinder remains 30fps throughout, causing confusion as to which mode you are in until you see the final recorded video, which is 60fps. In the main camera app this isn't a big deal as the viewfinder is only used to compose the shot but in apps like Snapchat, which use viewfinder frames to capture an image or video, the quality of the viewfinder feed greatly affects the output.

After all the praises the Z Play got last year, coming up with a worthy follow-up is a challenge. However, the company has done a stellar job of improving the phone across many fronts while keeping the things that were already good mostly the same.

The design has seen a marked improvement and the thinner and lighter construction is definitely appreciated. We wish Motorola would cut down on the bezels in future but when it comes to build quality and just the general feel in hand, the Z2 Play is hands-down impressive. We also really liked the display, even though it could be brighter (or less reflective) in the sun. 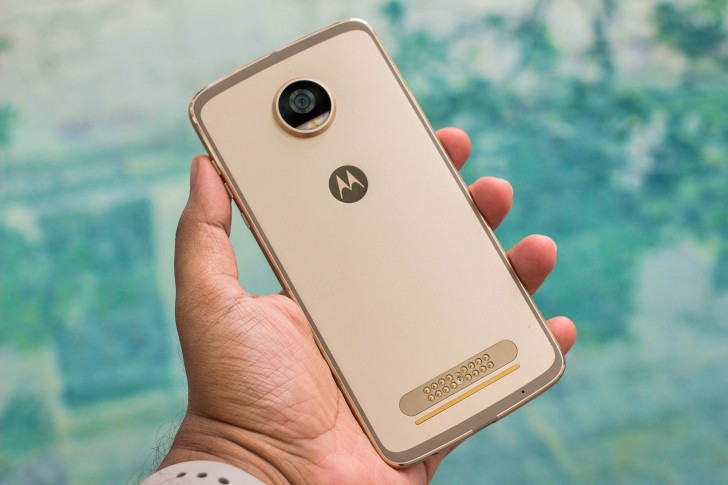 When it comes to software, Motorola once again shows that less is more and we love the fact that we are getting the latest version of Android with minimal embellishments. The few additions that are present are mostly welcome and in good taste.

The phone also packs in a reasonably good camera for the price. And lastly, we also love the battery life, which might not be good as on last year's model, but was still quite impressive in its own right. The trade off with the thinner and lighter design was well worth it.

Unfortunately, all these improvements come at a price and the Z2 Play is priced higher than the launch price of the last year's model. While the Moto Z Play came out at $449, the Z2 Play will set you back by $499.

To be fair, we still think this is a good price for the kind of phone you are getting. However, the comparison to the competition is inevitable - the OnePlus 3T, for instance, (for as long as it's still available), is the better smartphone and it doesn't cost more.

If you intend to get any of the Moto Mods, which Motorola promotes heavily alongside the phone, this would further add to the cost of the device pushing it straight into flagship smartphone territory, a place where the Z2 Play just can't compete no matter how good it is.

This makes it hard for us to immediately recommend the Z2 Play over the competition. It's still a great option if, for some reason, you have any doubts about the smaller brands which are focused on undercutting the major ones with better specs for your money. Of course, you can always wait out on your purchase until the Z2 Play goes through a price revision or two. With the right price, it certainly has the potential to become a no-brainer purchase like its predecessor.