While Motorola has already unveiled the Moto Z2 Play at the beginning of this month, that can't be said for the Moto Z2 or the Z2 Force. These upcoming models (which may just be one and the same, by the way) are still not official. And so it's good to see one of them in a benchmark's database, since it means we're fast approaching its release.

It's the Moto Z2 this time around, and it was spotted in the database of Geekbench. This means someone in possession of a prototype has run that benchmark, and this has resulted in a few of its specs being outed. 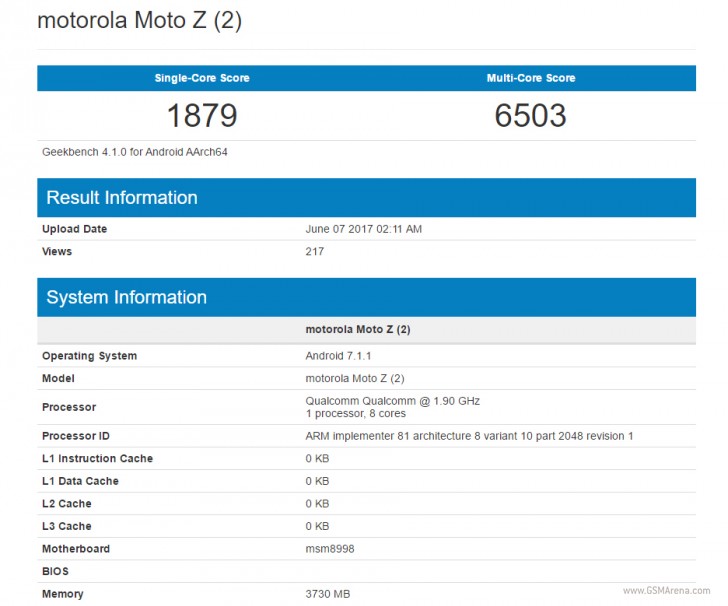 The Moto Z2 will be powered by Qualcomm's Snapdragon 835, unsurprisingly. This will be aided by 4GB of RAM. The phone runs Android 7.1.1 Nougat, so we should expect it to launch with that version of the OS. Based on past rumors, we assume the Z2 will have a dual rear camera setup, while an image leak has shown us that there's going to be a dual-LED flash for the selfie camera and a front-mounted fingerprint sensor. Unfortunately it's still unclear when Motorola plans to launch this device.

Will it bring back the 3.5 mm headphone jack?

Yeah, let's see when Motorola intende to launch the Z2.