Motorola has just unveiled the new Moto Z3 Play. The phone comes just one year after the Moto Z2 Play and pioneers the new Z3 series.

The Z3 Play, just like the previous Z phones, is built around the Moto Mods concept. This means it accepts all existing Moto Mods and as such is rather limited when it comes to design. The Z3 Play has a thin aluminium frame and Gorilla Glass 3 panels for both the front and the back.

While the Moto Z3 Play is keeping the same footprint as the Z and Z2, the maker still managed to put a taller 6" Super AMOLED screen of 1,080 x 2,160 pixels. The bezels are trimmed significantly, especially around the chin, and that's why the fingerprint sensor has been moved to the left side - just like on the Xperia bunch a while back. 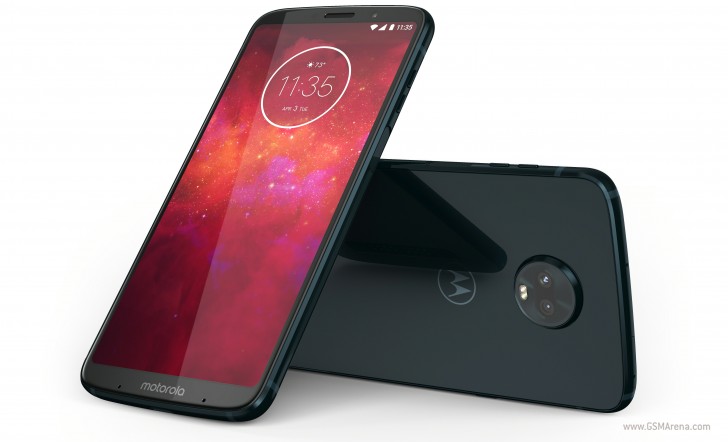 The Z3 Play runs Snapdragon 636 chipset - a welcome improvement over the 626 chip. There is new processor with eight Kryo 260 cores and a new Adreno 509 GPU. And now both the 32GB and 64GB models will come with 4 gigs of RAM.

The camera department has got an upgrade, too. The main camera at the back keeps the 12MP sensor, once again sitting behind f/1.7 lens, but also receives a secondary 5MP snapper to help with those trendy background effects. Dual-Pixel autofocus is available, as well as the dual-tone LED flash. 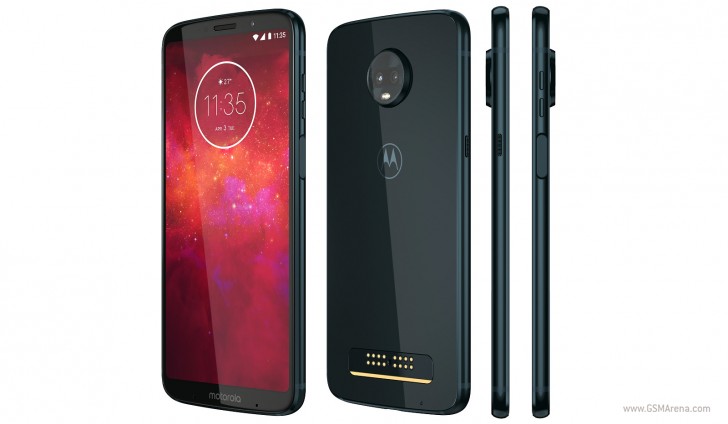 The selfie imager is now an 8MP one behind f/2.0 lens, but it has lost the LED flash. You can use the screen as night light instead, so it's not a total loss.

Another thing that has gone since the Z2 Play is the audio jack. You'll get an adapter in the box, though.

The Moto Z3 Play has a 3,000 mAh battery inside its thin body and it supports TurboPower 15W charging. 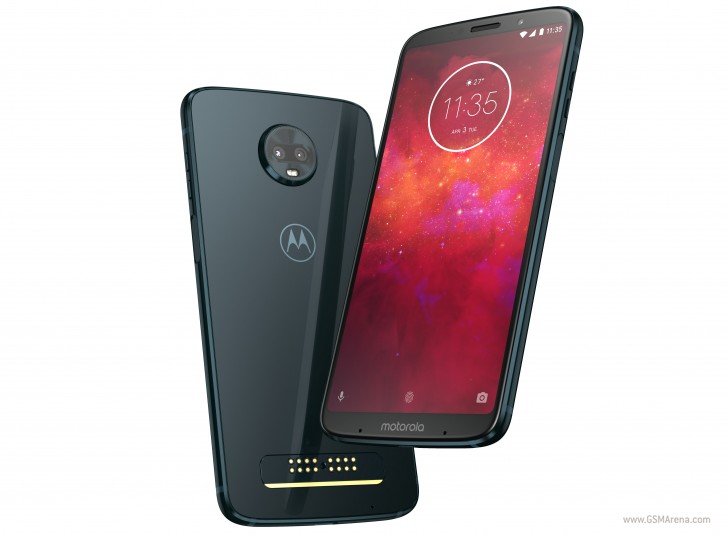 The Z3 Play runs on Android Oreo with all Moto perks available - Moto Display, Actions, Camera, among others.

Motorola is launching the Z3 Play in Brazil today for R$ 2,299. The US will get it soon - the Moto Z3 Play will be bundled there with the Battery Mod and will cost $499 for the unlocked version. More pricing and availability is yet to be announced, but the phone will be hitting the shelves worldwide in the next couple of weeks.

You may want to check our Moto Z3 Play hands-on right here.

Well that is because you live in age of dinosaurs...Kinda makes sense now. How did you get internet access then?

Don't waste my time on Something So old , That I hear the dinosaurs Screaming. LMAO.

Why did they do it? was it due to absurdity of your claims? I suppose that's the case