The Motorola Moto Z Play will get the Android 7.1.1 update. This was confirmed by a company representative during a chat session. There was, however, no information on when the update will be rolled out. 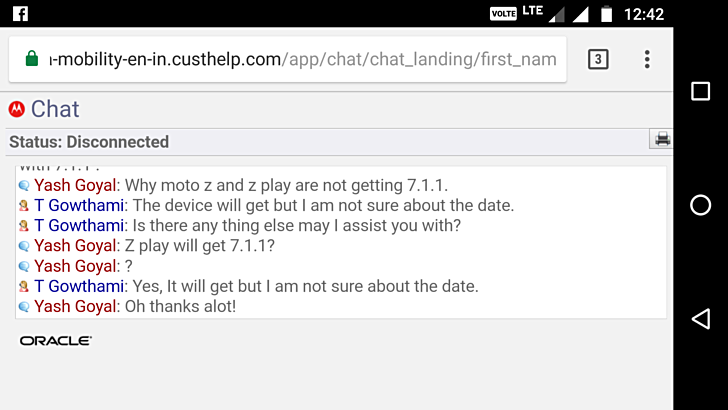 The device started getting the Nougat (version 7.0) update back in January this year. Units in Europe got the update first, followed by regions like India and Brazil. Then in the month of March, the update arrived in Canada as well as the US.

I just received 7.1.1 for my z play (XT1635-02). It downloaded smoothly and everything is working great. Thanks Motorola/Lenovo!

My Moto Z Play got updated today with 7.1.1 and I stay in India..Hats off to Moto they never disappoint customers..only company to maintain up to date service..