Motorola has announced a new version of the RAZR exclusively for the Chinese market. This version is called the RAZR V XT998 and has a completely new design compared to the current RAZR. 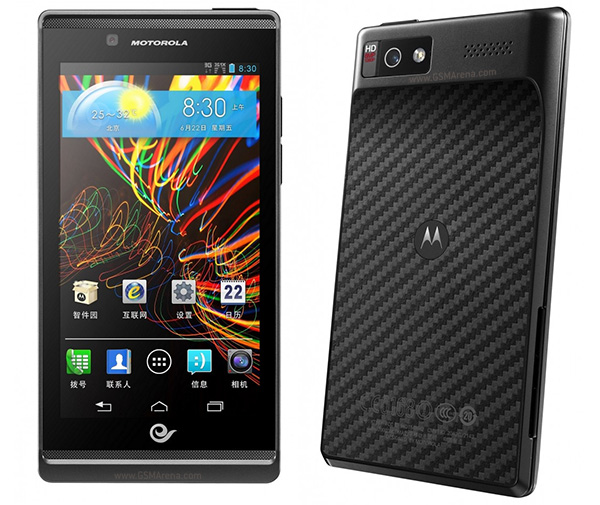 The front side gets new thin, long grilles on the top and bottom with the 4.3-inch display (probably the same unit as on the current RAZR) placed in between. You will also notice no physical keys on the front because the RAZR V XT889 runs on Android 4.0 and also uses the on-screen keys like the Galaxy Nexus.

On the back is the Kevlar coating that curves upward near the top where lies the 8 megapixel camera sensor with LED flash and the loudspeaker.

Underneath this phone is identical to the current RAZR, except for the CDMA/GSM dual-mode connectivity.

what difference to Razr Maxx? Maxx is 3300mah battery, how about this one? same as old Razr but just becoz sold in China?

why this kolaweri. . . why moto releasing devices only for china market..?

This is a nice phone but I think that bezel could have been smaller..apart from that its sweet !