The LTE-packing Motorola Atrix HD for AT&T faces a couple of hard challenges. First and foremost, it has to build on the user experience of original Atrix 4G, giving its owners who are up for an upgrade these days, a reason to stick with the brand.

And that's not going to be easy, considering the iconic status that the Atrix 4G had for Motorola. Announced as one of the brightest stars of CES 2011, the Atrix 4G developed a solid following and for a good reason - it was one of the very first proper dual-core Android powerhouses, whose finger scanner added an extra dash of massive geeky coolness. 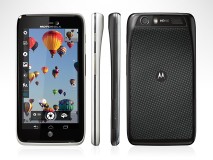 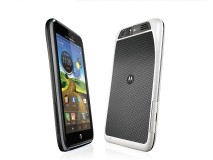 Additionally, the Atrix HD will try to appeal to all Motorola fans in the United States who were not given the chance to own a GSM flavored, subsidized Motorola RAZR.

And now that we have the smartphone's family history out of the way, let's take a closer look at its specifications.

Quite frankly, we were caught by surprise when AT&T and Motorola announced the Atrix HD. For a smartphone whose specs are so impressive, the arrival of the latest member of the Atrix family as well as Motorola's most powerful handset on the US market, was a seriously low key affair.

As you can see from the lists above, the Motorola Atrix HD is one the best equipped smartphones currently on the market. You will be hard pressed to find much to frown about in its specs sheet - it screams flagship from beginning to end. And then there's the fact that the smartphone is priced lower than its direct rivals to sweeten up the deal even further.

The Atrix HD is not without its faults, though. We can't help but be skeptical about the size of the handset's battery. Its 1780mAh capacity is nothing to write home about, especially when put in a device manufactured by the company which gave the world the RAZR MAXX. The design could have also been a bit more inspiring, but that might be just us.

Overall, the Motorola Atrix HD is one of the most interesting smartphones we've welcomed in our office recently. We are hoping that its real-life performance can maintain the good impressions that its specs sheet creates. As always, we'll kick its review off with an unboxing of the handset, followed by a look at its design and build quality.

Note: You might notice that this review is shorter than usual and doesn't include all of our proprietary tests. The reason is it has been prepared and written far away from our office and test lab. The Motorola Atrix HD for AT&T is a US-only phone, so it will probably never get to the shores of the Old Continent. Still, we think we've captured the essence of the phone in the same precise, informative and detailed way that's become our trademark. Enjoy the good read!

Trying to upload gallery pictures to Facebook. What do u do!!!!

Oh an one more thing o forgot to say about the Atrix HD. Ahbitillatitty