Motorola brings back the RAZR with a Moto Mod

Motorola RAZR V3 was released in 2004 but over a decade later people still remember it fondly. Moto Malaysia decided to toy with the emotions of many and teased that "an icon returns" as a Moto Mod. 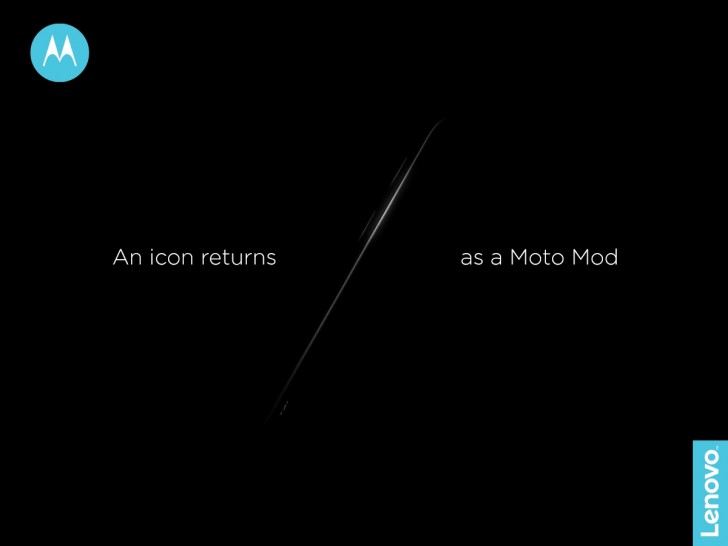 The Malaysian Department of Motorola published an image on its Facebook page, stating it is bringing back “the iconic Moto that changed the 2000’s.” But this time it won’t be another rebirth of the RAZR name like Motorola did with the DROID RAZR series in 2011 and 2012. The company says that “this time it's new and improved as a Moto Mod.”

We already know Motorola has chosen the finalists for the “Transform the Smartphone” challenge. Let’s just hope a comeback of the RAZR is one of the winning ideas and Motorola is not playing some elaborate April Fools prank.

Very, very happy with the razr v3 returning. I am still using my original razr v3. I hope it will be soon.

There is one moto classic design that's really returning via motomod: the landscape slider. https://www.indiegogo.com/projects/keyboard-mod-a-physical-keyboard-for-the-moto-z#/

Good handset. I still have mine but the screen has been damaged after 4 years of rough usage. Always wondered if moto will release new one. Finally, a new flip phone :-)