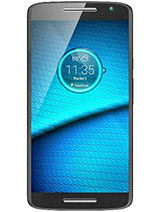 where can we find the SIM card slot for this phone?

Phone overheats. Battery unreliably charges. No data use during phone calls. Hotspot stops during every call. Icons take up too much space. No restart function.

When the battery is properly charged it lasts more than a day.

I want to know about its loudspeaker quality. How is its sound during outdoor and I want high speaker sound like Motorola Droid Maxx. Any one reply me plz who used droid maxx 2.

Shawn , 28 Jun 2016Does it has wide angle front facing camera like Grand prime . Its not that wide but much better than grand peime

Anonymous, 07 Jul 2016When I went to Verizon they told me if you shatter the screen within 2 years of owning one you... moreThat was not the Droid Maxx 2, is the Droid Turbo 2 that has the shatter proof screen and it's warranteed for 4 years.

Rh, 31 Jan 2016I have had a problem with my droid maxx 2 when I am speaking to someone their end for some rea... moreI have the same problem unless I put the microphone smack against my mouth it goes null.

mbk, 25 Jun 2016This phone is not shatterproof. Don't believe that sales pitch. I fell for it. Now I have a cr... moreWhen I went to Verizon they told me if you shatter the screen within 2 years of owning one you get a new replacement for free

I believe you are confusing this phone with the Motorola Droid Turbo 2, which is a shatterproof one.

This phone IS NOT shatterproof.....

Does it has wide angle front facing camera like
Grand prime .

This phone is not shatterproof. Don't believe that sales pitch. I fell for it. Now I have a cracked phone and nothing is being done to make it right. My word against the salesmans.... And of course he is salesman of the year and could never make that mistake. My husband and I went on two different occasions about a week apart and we both got the same false information. Don't get me wrong, its a great phone and the gorilla glass does deter from cracks, but shatterproof it is not.

Why can't I find the fm radio on your device as specified.

Aka, 05 Jun 2016Does it support 4G LTE? Obviously yes. Check the specification and the LTE bands available in your country.

Does it support 4G LTE?

Today I received 6.0.1 marshmallow update. Maxx 2 is an excellent device :)

which is best bettery life .... not overheat .best camera not performance

toedoe87, 31 Jan 2016Hahahahahahahahahaha bazinga idk how people think a 5yr behind tech phone is advanced its beyo... moreUmm, what makes you say the specs are 5 years old?