Roughly a year after Motorola brought the RAZR franchise back to the masses, we have the second generation of the popular DROID on our hands. The Motorola DROID RAZR HD for Verizon Wireless comes to the market hot on the heels of its frameless baby brother, bringing a few extra tricks to go with the more impressive screen. 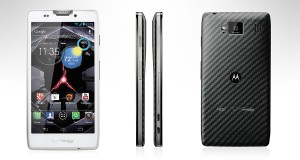 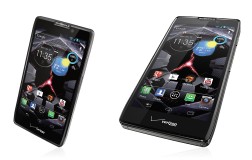 Unsurprisingly, the Motorola DROID RAZR HD is a major improvement over its predecessor. Starting with the 4.7" Super AMOLED screen of HD resolution, all the way to the Snapdragon S4 chipset, the smartphone packs enough punch to keep all but the most demanding users happy.

Here goes the full list of talents which the Motorola DROID RAZR HD has on tap:

Even a quick glance at the spec sheet of the Motorola DROID RAZR HD is more than enough to show how massive an improvement the newcomer is over its predecessor. At the same time Motorola's designers have been extremely conservative with the looks of the DROID RAZR HD - the smartphone is unmistakably a RAZR.

Google's touch is strongly felt throughout the software of the device - staring with the barely modified UI, all the way to Google Chrome being the default web browser. An update to Android 4.1 Jelly Bean is promised before year's end, so the overly anxious have no reasons to worry about being left with the cold Ice Cream Sandwich for long.

However, we can't help but notice that, even at its launch, the Motorola DROID RAZR HD appears outgunned by some of its competitors in terms of processing power. Quad-core is the talk of town these days and the latest DROID RAZR is not a member of the elite club. Read on to find out if it has enough other talents to overcome its shortage of CPU cores.

As always, we are going to kick the review off with an unboxing, followed by a design and build quality inspection.

Editorial: You might notice that this review is shorter than usual and doesn't include all of our proprietary tests. The reason is it has been prepared and written far away from our office and test lab. The Motorola DROID RAZR HD for Verizon is a US-only phone, so it will probably never get to the shores of the Old Continent. Still, we think we've captured the essence of the phone in the same precise, informative and detailed way that's become our trademark. Enjoy the good read!

Best android I ever had pissed I list mine

this model of motorola are too much irritating...all the times it was hanging and her CPU become hot after a short period of time...i juxt hate it...as soon as possible i want to sell this phone...fixed it....