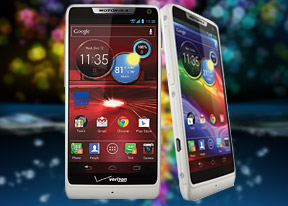 Following the success of the original DROID RAZR and its 3300mAh battery equipped DROID RAZR MAXX version, Motorola decided to add three new models tp the RAZR family. Launched at a glitzy event, starring members of Google's top brass, alongside the DROID RAZR HD and the DROID RAZR MAXX HD, the Motorola DROID RAZR M is the least expensive handset in the bunch. However, you shouldn't let this deceive you - the baby RAZR is one proper smartphone with lots of tricks up its sleeves. 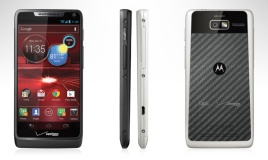 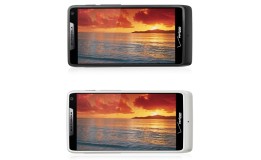 The Motorola DROID RAZR M packs the same internals as virtually every high-end Android device currently available in the United States. The Qualcomm Snapdragon S4 silicon with dual-core Krait CPU is what powers all the US smartphone top dogs, including the likes of the Samsung Galaxy S III and the HTC One X for AT&T, so we can already tell you that Motorola's latest mid-ranger won't be lacking oomph.

As you can see above, the Motorola DROID RAZR M is brimming with cool features, despite its modest price tag. Even more impressively, Motorola's engineers have managed to fit a 4.3" display into a frame that rarely hosts screens bigger than 4". The frameless design of the display allows for a seamless one-handed operation of the device - a nice feat for a smartphone with a screen this size.

As always, we are going to kick the review off with an unboxing of the Motorola DROID RAZR M, followed by a design and build quality inspection.

Note: You might notice that this review is shorter than usual and doesn't include all of our proprietary tests. The reason is it has been prepared and written far away from our office and test lab. The Motorola DROID RAZR M is a US-only phone, so it will probably never get to the shores of the Old Continent. Still, we think we've captured the essence of the phone in the same precise, informative and detailed way that's become our trademark. Enjoy the good read!

This phone display is amazing👍😍😍😍 I like it I need a same display phone and 5000 mAh battery🔋 and vol Motorola droid razar M, thank you😊

For the first two months was pretty good after it he does some problems. He has a very very bad battery . I see that this phone not for games.This phone for business men. AND THIS IS MY OPINION.☺