Engadget has managed to get their hands on some images and specs of the yet to be announced Motorola DROID RAZR M 4G LTE. 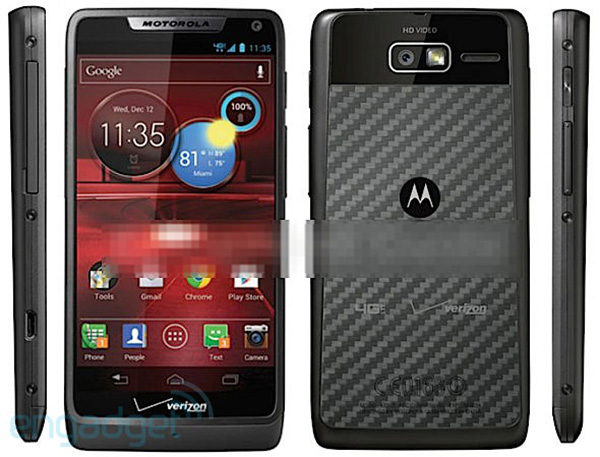 The phone looks like a close relative of the Motorola DROID RAZR (as do most of the phones Motorola announced recently) but is much narrower, making it easier to hold despite its large display.

As you may know, Motorola is having an event on September 5 and we might get to know about this phone then, along with the upcoming RAZR HD.

Most useless comment I've ever read! If only all phones had such a slim bezel. Looks great :)

Atrix HD is for AT&T. RAZR HD will feature 2450mAh battery. RAZR M will probably be more mid range, or mid to high. It's also same design as we saw in this Intel phone here: http://www.gsmarena.com/motorola_might_show_an_intelpowered_droid_at_the...