At a joint event today, Verizon and Motorola announced the Droid Turbo. The phone runs on the Verizon XLTE network and features a 5.2" Super AMOLED QHD display with a pixel density of 565ppi.

The Motorola Droid Turbo is powered by a Snapdragon 805 chipset with a 2.7GHz quad-core Krait 450 CPU, 3GB of RAM and an Adreno 420 GPU. The battery is 3,900mAh and Motorola promises it can last for 48 hours of mixed usage. 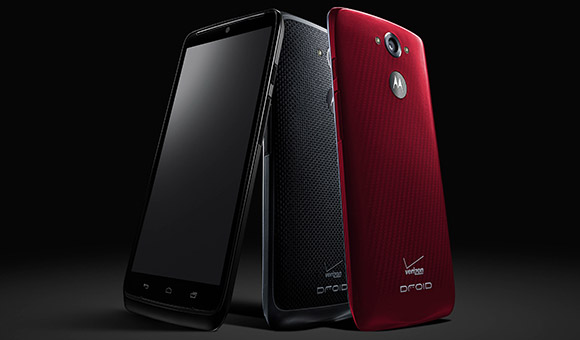 The phone also promises to be quite resistant to torturing. It's made either of ballistic nylon or metalized glass fiber reinforced with DuPont kevlar. The display is covered with a protective layer of Gorilla Glass 3 and the innards are covered with a water-repellent nanocoating.

Except many show that it is.

GSM conditions don't apply if someone else comes up with another set of fixed conditions for THEIR tests and arrive at totally different numbers that don't show the Note 4 or any phone in good light. It depends on so many variables that cant be ...