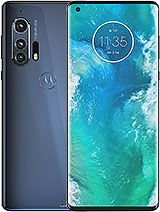 Would the Edge+ sold in Italy work in the US with T-mobile?

Anonymous, 29 May 2020Dont spread your ignorance about card slots 256 is plenty enough.For you. Not for everyone.

Arvind Kumar, 19 May 2020Yep if it is unlockedWouldn't the difference in tech (GSM vs CDMA) create issues?

Can anyone confirm does it have FM radio? If it doesn't have, can you try to install stock motorola fm radio app which is available in play store(which is btw only fm app and only brand where you can have fm over bt devices, not only through speakers or headphones), if that doesn't work neither, then try next radio and tell us here if any of this works. Tnx

Damn the RAM is really strong in this device, the functions will be really smooth.

man this camera is gonna be the ultimate highlight in this phone.

Single sim. Seriously Moto? Poor selfie cam (no AF), uninspiring low light photos, and a build that doesn't even look close to a flagship. Again the choice of colors is dull and looks plasticky. At this steep price tag, and with a past reputation of building sophisticated phones like Droid Razr, all of this doesn't add up.

550$ maximum value of this device.
The End

Would like to say best Motorola so far but i think plenty of flagship specs are missing.

Black Prey, 19 May 2020You mean 256GB is not enough memory?Did I say 256gb wasn't enough memory?
I have a 512gb SD card and would have liked to be able to use it in this phone. My question was and still is, why include this feature on a similar model with lesser specs and price, and omit it on the more expensive flagship?

Anonymous, 19 May 2020I've never had any SIM or data issues with mine I had the no signal problem in my phone along with my wife's phone that I bought to her for our anniversary

I had to buy new ones

good thing is it has 3.5mm Jack

Gunner, 17 May 2020I had issues with Motorola doing that as well ever since lenovo took over :(I've never had any SIM or data issues with mine

In a country where OnePlus 8 Pro sales for Rs. 54,999, Motorola has priced it's Edge+ at Rs.74,999. Moreover, on paper it is inferior in comparison with OnePlus 8 Pro. Motorola Edge+ doesn't have 2K display or IP68 rating. And if we take into consideration the brand value, there too Moto is far behind OnePlus. For the sake of argument, Motorola does score a few more points for 108MP shooter, but again Mi 10 5G with 108MP shooter is available for Rs.49,999 in India. It is quite evident that Motorola did not put any thoughts into the pricing part, if they were actually serious on selling there device in India.

Bob, 19 May 2020Why omit the SD card slot and include it on the Vanilla Edge?? Wanted to love and own this p... moreYou mean 256GB is not enough memory?

Total of 373 user reviews and opinions for Motorola Edge+ (2020).
ADVERTISEMENTS