Last month, Motorola unveiled its Edge S in China as the first smartphone powered by Qualcomm’s Snapdragon 870 chipset. Expectations are that we’ll see the Edge S escape Asia sooner or later under a different name and a new Geekbench listing reveals that it might be called the Moto G100. 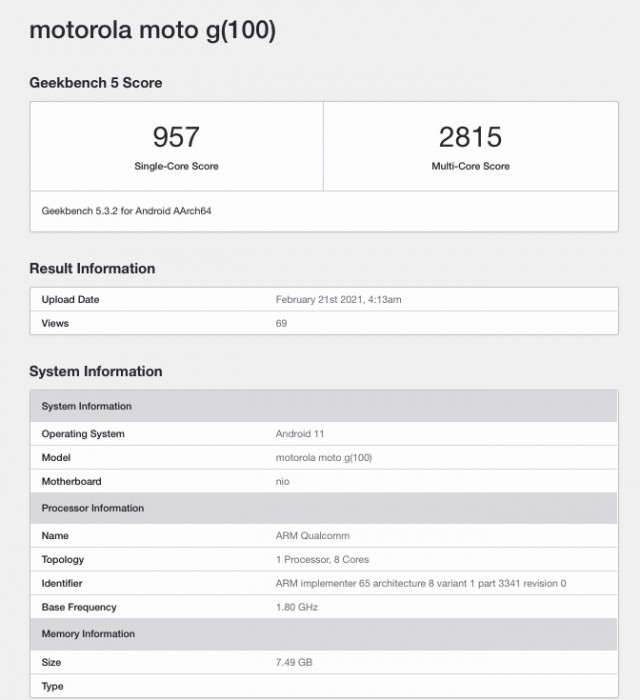 The listing shows the phone managed 957 points in the single-core department and 2,815 in the multi-core test. The “nio” motherboard corresponds to the Snapdragon 870 SoC which is complemented by 8GB RAM. We can also see the phone runs Android 11. 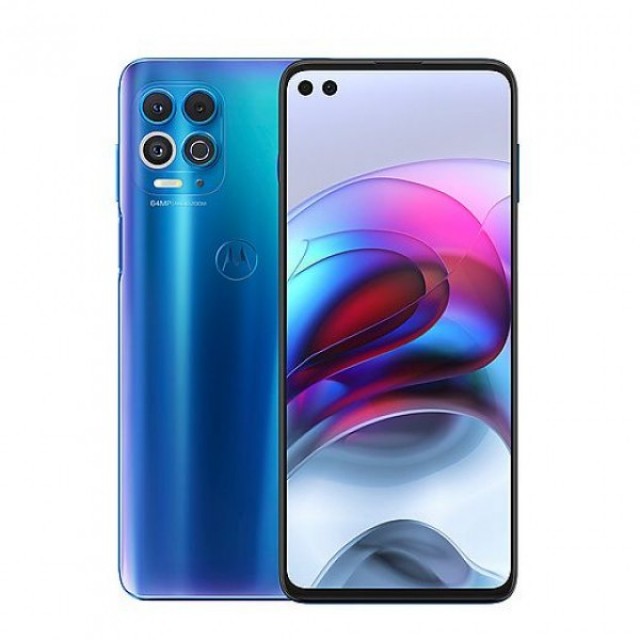 The Moto G100 will serve as the flagship entry in the G-lineup which was recently overhauled with the Moto G10 and G30 budget offerings. We’re expecting Motorola to bring more details on the G100 soon so stay tuned.

Maybe one device with Android one programm every year

That's the only disaster Motorola can do to prevent me from buying this phone.