Motorola is currently running soak test for Android 8.1 Oreo on the Moto G5S Plus

The budget Motorola devices don't usually get the much-needed updates as fast as they should so when an OTA pops up on a Moto device, users rejoice. The latest device to get the Android 8.1 Oreo is the Moto G5S Plus but don't get too excited, though, as the OEM is currently running a soak test in some countries. And apparently, the update will skip over the Android 8.0 Oreo. 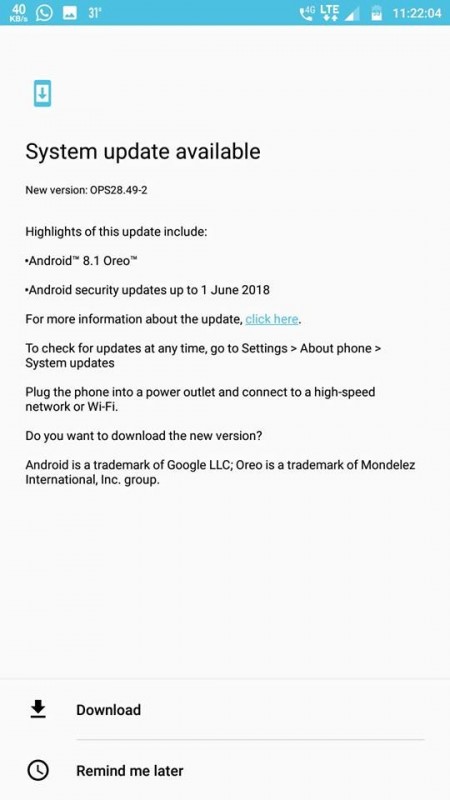 Reportedly, the first country to get the update is Brazil shortly followed by some parts of Europe and India. The OTA itself is pretty hefty - about 1.2GB so we expect plenty of changes under the hood. Just make sure you've charged your phone above 50% and that you are connected to the WiFi before updating because it will take some time and it will eat your data.

It won't be long before the software update goes global but in the meantime, here are some screenshots from Brazil. The build number is OPP28.60 and you can always try scanning for the OTA manually to see if it's available in your country.

How about Motorola update it’s Moto G4 Plus to android 8.1 Oreo which hasn’t had a major software update in a very long time honestly I will Not be buying another Motorola phone again because of the extremely slow updates

Hereafter i will never go for any motorola or lenovo products xiaomi is doing great job.