The Google Store has stopped selling two smartwatches. These are the first-generation Moto 360 from Motorola and the SmartWatch 3 from Sony. Listings for both wearable devices now clearly say they are "no longer available for purchase." 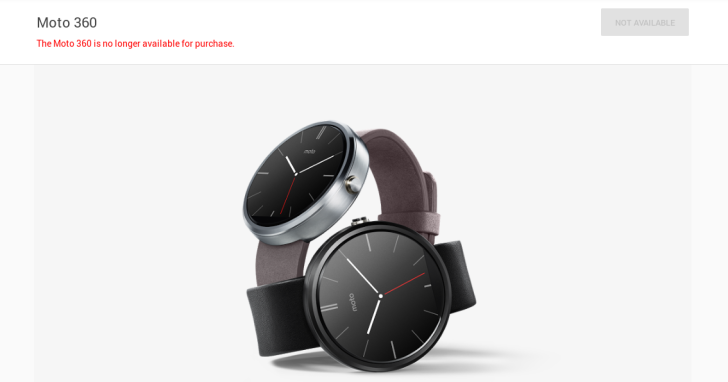 The news shouldn't come as a surprise given that the original Moto 360 watch was launched back in September 2014, while the SmartWatch 3 was released a month later. While Motorola has already launched the second-generation iteration for the Moto 360, Sony hasn't yet outed a SmartWatch 4.

Those planning to purchase either of the smartwatch aren't completely out of luck though, given that third-party retailers like Amazon are still selling them.

Moto should bring back the first gen design, but with the second gen improvements.

Who cares. The Google Store is only accessible from few countries anyway.