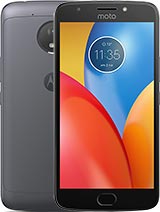 Fantastic battery life with the US version - Snapdragon 427. Almost a week... Charges quite fast.

It's NOT an smartphone for who's looking for gaming nor high speed things. But as a budget phone is one of the best you can get.

The international version (as the sold here in Brazil) with an MediaTek processor runs very hot and the battery life is poor.

im about to buy this phone is it worth ?
they say battery is a real mess ... is that true ?

Ringer is too soft; volume gradually increases, by the time you hear it -if you hear it -you've missed it. Can't change this either.
Plus it doesn't receive all the calls/texts. I specifically got a GSM / CDMA so I wouldn't miss anything regardless of network. I'm looking for a new phone...again.

Plus Hard to find cases for this phone - Impossible to find at actual stores - online only.

I loved my old phone, a Moto X Pure, but it has a dying battery and failing charging circuit- half the time it would not charge at all, so I bought a Moto E4 Plus. I wanted something with a huge battery and also universally-unlocked. This phone fit both needs. It's plenty fast too. My only problem now is I can't decide which carrier to put it on! It's on sale for $159 for the unlocked version. If you don't want to break the bank, buy it. It's a very good phone for the money.

This is an absolute beast of a low to mid tier phone. The CPU is snappy enough, RAM is adequate, and the screen looks surprisingly good. All of these features make the most of the 5000 mah monster of a battery. My wife, the social media addict, has NO issues getting two days of life out of this phone... sometimes three days. Really solid choice.

Kashif, 28 Nov 2017Rubbish mobile. Heating problem. Battery is not as good as 5000 should. This motoe4 plus is very very very good mobile iam baught this mobile 6days ago

I have had the phone for 45 days. My phone the US version must be a different build than the India version. Looks like the complaints are mostly from there. No issues. Excellent phone for $150. This is the phone to get if battery life is important. I've been on 6 hour conference calls and there is still 3 days battery life remaining. One week would be possible. This phone does everything just fine. It does not overheat at all. Photos are good. FM radio is nice at the gym. The fingerprint sensor is awesome. The screen resolution is low (the specs show), but looks great. Build quality is very good. The USB cable fits tight. Moto software is pretty close to stock Android. I have no need to root it. Overall rating 7.5/10 I would give it an 8.5 if Oreo was offered. The battery is a 10/10.

Bought a CoverOn case on Amazon. Not an issue with being slippery. Dropped it once and it barely made a sound. The phone's a Tank. No issues.

• the graduated ringtone volume on incoming calls that CAN'T be changed/turned off; no option for that. I use my own ringtones and still graduates volume.
• VERY SLIPPERY, hard to hold on to. Kept dropping it while deciding on a hard case to buy.

sorry for the all caps emphasis..... can't bold text.... hear me SCREAMING!

I've been using cell phones since the early 90's. Never broke one.

I put duct tape on sides to create a better grip. Dropped it on asphalt & broke the screen after 3 weeks. Bought another one. 8 days later, still waiting for a hard case, dropped on concrete in a gel case, broke the screen again. Are screens easy to break on this phone?

Not a common phone so most repair sites & major retailers like Best Buy, list this as a phone they fix. I'm ordering a replacement screen, if I can find one. I don't want a digitizer, just a screen. Very few for sale look exactly like this phone. On most the little holes at the top for camera and flash are in the wrong place though it says it's for an XT1774 (US version).

Hubby works/repairs electronics, but the installation videos made us feel like it could be really easy to screw up. Now I have 2 broken phones to make a mistake on.

Poor camera, heating issues, 5.5 inch screen with a quad core processor. I mean are the manufacturers mad? It is the worst i have ever used. Don't ever buy it.

I bought this phone in Sept 2017 and 2 days back it started with touch screen problem. when I touch one app, all other apps like message, camera etc are switching on itself automatically

I already have this smartphone and I am very pleased with it.With me,it lasts a single charge of seven days at 3 G.This is true I do not lie to you.I stop gps and internet when I do not use them.Just so the battery lasts for a long time.

Rubbish mobile. Heating problem. Battery is not as good as 5000 should.

How much is talk time in 2G,3G,4G.Why there is no information about it.

Hi just two months back i've purchased moto e4plus, few days later problems were started. its really disgusting with touch screen, and its hanging all time, some times it get heat and sometimes not, its not worth for its price, i strongly recommend you to don't buy MOTO E4 Plus, this is stupid mobile phone i have ever seen.

Anonymous, 27 Sep 2017Can you tell me how is the front and back camera result ? U will be be absolutely satified with both camera's... probably the best in this price range. Mine is the Verizon locked Moto E4 Plus version!

Shady, 13 Sep 2017I could see all the reviews but mine Im a satisfied customer with moto e4 plus, I could say th... moreCan you tell me how is the front and back camera result ?

I could see all the reviews but mine Im a satisfied customer with moto e4 plus, I could say that phone is working really good and what u get within that rate tag u have to think before u talk. Thats very blaming something but its very hard to praise some. I could that a good a phone within the budget.

1- touch not responding during charging
2- Mike is low as receiver party is unable to hear or low sound .....low volume
3- heavy weight...not a problem
4-processor is not so much good....
5-some time heat problem during charge-
6-network sensitivity is less.....

How disgusting the phone is..A normal result is being not check..Why r u released this just like untesting..We r suffering so many problem..It wark just like java mobile.. Bastard mobile

Total of 76 user reviews and opinions for Motorola Moto E4 Plus (USA).
ADVERTISEMENTS