The Moto G comes with a modest camera without many of the bells and whistles found on some more robust flagship offerings, most notably the ClearPixel 10MP shooter found on the Moto X. It does, however, come with HDR support, which has an Auto mode meaning that it can selectively turn itself on in certain shooting conditions.

The camera does have the same minimalist interface as on the Moto X, which includes just two on screen buttons on the right-hand side for video recording and front-facing camera. Taking an image is done simply by tapping the screen (burst shots with a tap-and-hold).

To access more settings, you can swipe from the left edge of the screen to the right. This opens up a wheel with a number of toggles, including HDR, flash, touch focus, slow motion video, panorama, geo-tagging, widescreen mode, and shutter sound.

You can also zoom in an out by swiping up and down, while a swipe from the right edge of the screen opens up the gallery.

Shooting with the Motorola Moto G takes some getting used to, as the rather limited number of extended options tend to make your shooting options less flexible. For example, focus relies primarily on auto mode to get the shot right, and contrast tends to be on the low side in those situations. You can compensate for this somewhat by using the touch focus and exposure feature, but that tends to adjust the exposure so drastically that many of your images will be severely over or underexposed.

Shooting without HDR enabled produces generally low contrast images with an inspiring amount of detail. Colors are accurate and there is very little noise, but there's a notable corner softness. Unfortunately the overly agressive noise reduction results in eradicating a fair amount of fine detail and an oil painting effect is visible whenever you shoot grass, foliage or similar.

Turning on HDR does a good job of extending the dynamic range, and somewhat surprisingly it also improves the contrast issues slightly. However colors tend to get a bit overblown in this mode, which takes away some of the realistic look of the images. It's ultimately a matter of personal preference as to which type of image you prefer, but keep in mind that both modes have their drawbacks. 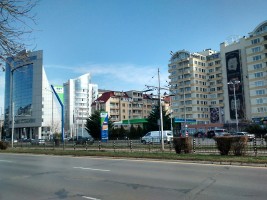 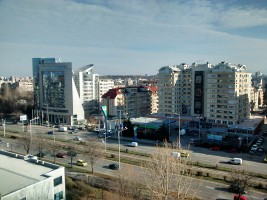 Setting the camera to Auto-HDR relies on settings the sensor chooses, and is more or less a crapshoot as to whether HDR turns on or off. We recommend manually choosing whichever mode you prefer so as to get more consistent results across your images.

The Moto G enters our Photo quality comparison tool to face off against other 5MP shooters. You can also pit it against other cameras from within the tools' page.

The Motorola Moto G in our photo compare test

The camcorder is the same as the camera one, with the top right button being used to toggle video recording.

The Moto G records 720p video at a solid 30fps. The bitrate is a meager 10Mbps, which can partly explain the poor resolved detail. Audio is recorded at 128 Kbps in stereo mode with a sampling rate of 48 kHz.

The Moto G also has a slow-mo video capture mode, but the results are far from stellar. To keep size down, the bitrate drops to just under 5 Mbps, and a fair amount of noise gets introduced in the process.

The Motorola Moto G enters our video quality comparison tool to be pitted against other 5MP camcorders. You can choose which devices to compare against from within the tools' page.

The Motorola Moto G in our Video quality comparison tool