Bridging the gap between the affordable G-series and the more upmarket Edge models, the Moto G100 is Motorola's take on a high-powered midranger. Indeed, with a mighty Snapdragon chip at the helm, a few interesting camera choices, and potential for PC replacement use, the Moto G100 is indeed a promising package.

We brought up the Moto Edges for a reason - the Moto Edge S has been available in China for a couple of months, and the G100 is essentially that. Minor differences can be found in a head-to-head spec comparison but we'd say that a few extra degrees of coverage on the ultrawide cameras are hardly consequential.

The important stuff is certainly the same, and that starts with the Snapdragon 870 chip - an even higher-clocked, ++ version of the top-tier SD865 from last year. That enables one of the G100 headlining features - the (oddly named) 'Ready For' functionality for using the phone as the heart of a desktop computer, Samsung Dex style.

There are other unusual bits on the Moto G100 too. Its 16MP ultrawide camera on the back has autofocus and a ring flash, offering some serious potential for close-up photography. At least of equal importance is the secondary camera on the front - you'd be getting ultrawide selfies on top of the regular ones.

With the LCD on the front not allowing for an under-display fingerprint reader, you get a capacitive one embedded in the power button on the side. There's also a dedicated Google Assistant key, as on all of the latest Moto Gs. The insides have a water-repellant treatment, and a reasonably standard 5,000mAh battery is meant to keep the lights on.

The box of the Moto G100 is no different than the ones we got with the G10 and G30 - so nothing remotely fancy. The one slightly amusing bit is the 'ready for compatible' badge in the top right corner. We were briefed about what 'ready for' stands for (more on that in the 'Software' section on page 4), and the prominently advertised compatibility with the system makes sense. However, to someone unfamiliar with the concept, it may read like broken English. 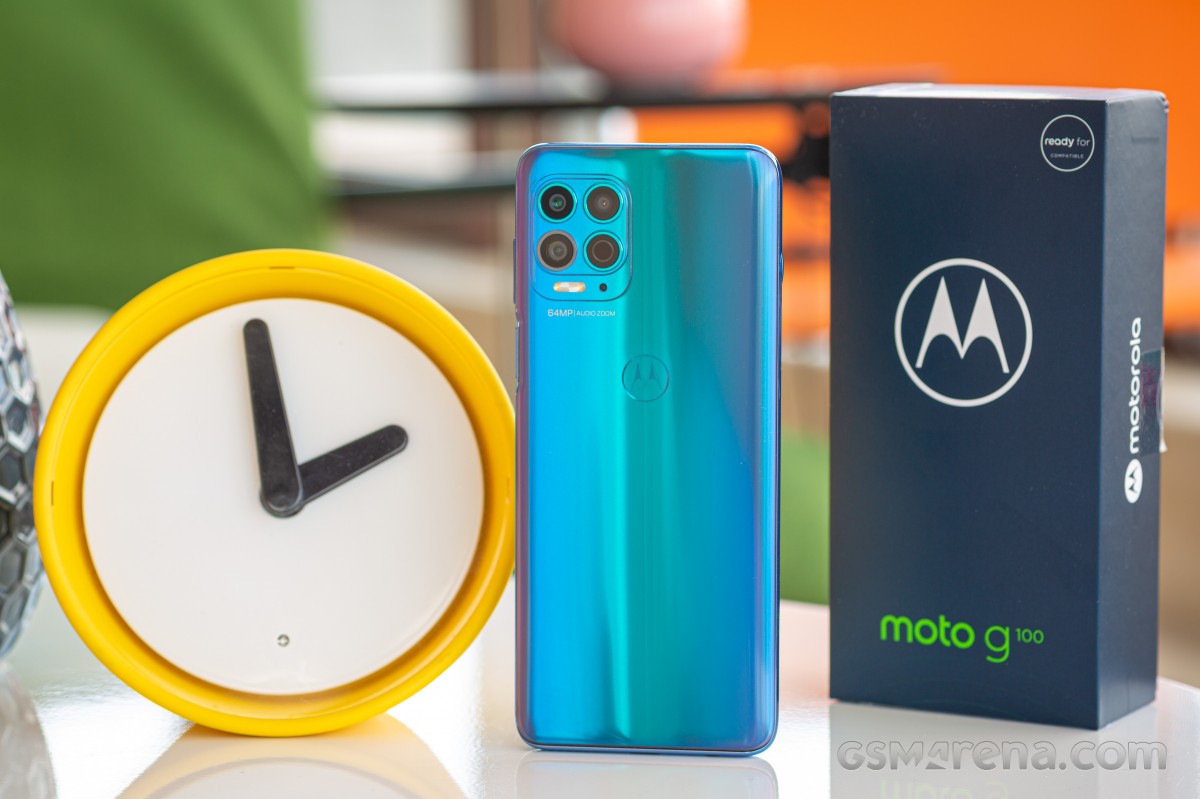 Anyway, inside our review unit's box, there was the phone, already in a soft silicone protective case. Underneath it, we found the 20W charger and a USB-A-to-C cable to go with it. Some markets also get a headset, but our unit didn't have one. 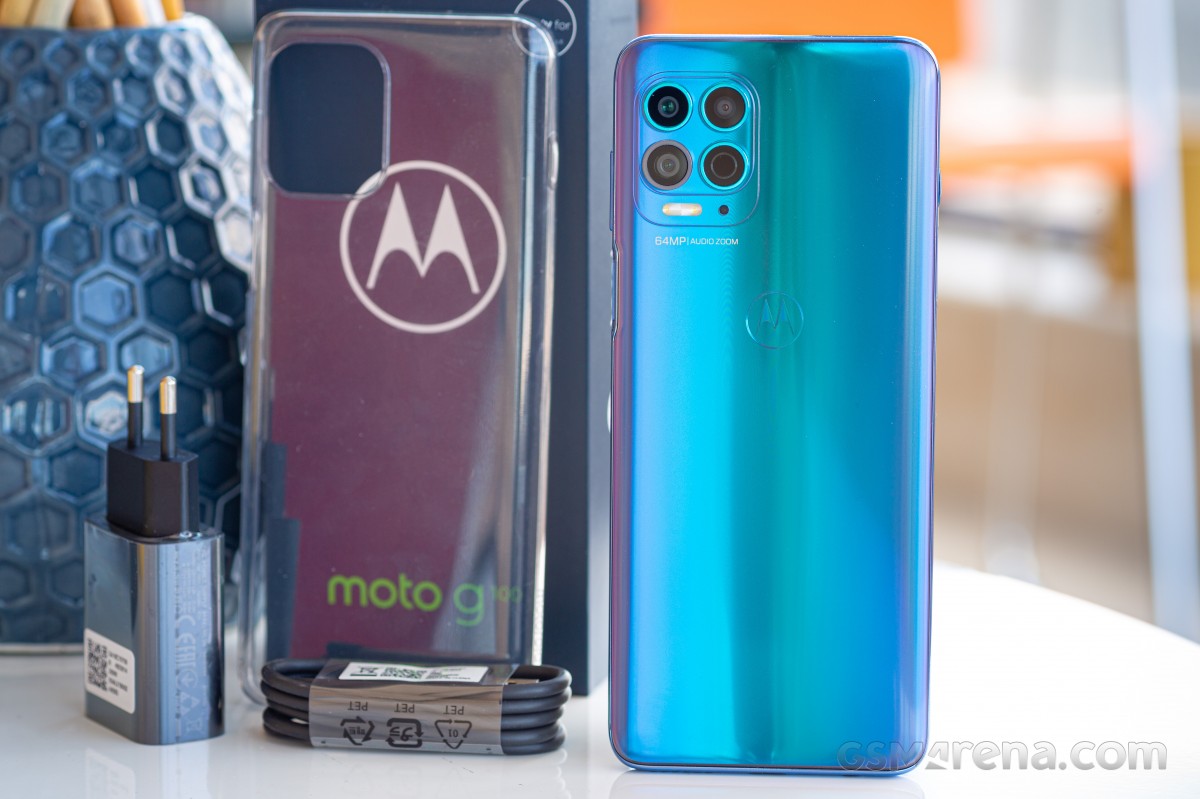 Mind you, while the phone is 'ready for compatible', you'd need a USB-C-to-C cable to connect it to a compatible monitor or one of the optional accessories Motorola has for the task. The 'ready for' dock has a cradle where you place your phone, and the dock connects to a monitor. There are pre-order bundles right now that include the dock. There's also a 'ready for' cable that does the same thing, only minus the actual dock.

Again, we'll go into more detail on the 'ready for' platform on the review's software page. But before that - hardware.

The camera is surprisingly good in outdoor and indoor conditions especially for human subjects as it gives quite natural colours. The noise is also fairly well controlled in indoor pics (I also had the Xiaomi 10s with hmx main sensor which is a much...

Looking for good case recommendations. I searched all over eBay and Amazon and all I found was TPU (thermoplastic polyurethane) and PC (polycarbonate) but nothing sturdy as you described. I also checked otterbox but they don't produce for this m...

Was going to get the G100, but then found that you can't have dual SIMs and microSD at the same time, which is plain stupid. The Moto G6 I want to replace takes all at once, which is what I want.