The famed Moto G has gone double-digits this year - Motorola is offering three numbered entrants in the lineup to go with the G Stylus, G Power and G Play from January, and we now have the Moto G10, G10 Power and G30. Abandoning continuity in search for diversity, the trio occupies different levels of the midrange, with the Moto G30 being the highest-specced one. Let's start with that one then.

The Moto G30's standout feature in this confusing crowd of phones is the high-refresh-rate display - moderately high at 90Hz, but certainly higher than the others. Otherwise, it's not really a head-turner - an LCD with a 720p resolution on a 6.5-inch diagonal is about as pedestrian as they come.

You could say the same of the Snapdragon 662, though we prefer to frame it more positively - as a balanced mid-tier performer that's both powerful and frugal, and a noticeable step up from the SD460s of the G10s.

The 64MP main camera, too, puts the Moto G30 above its immediate family, which top out at 48MP. The 8MP ultra-wide appears to be shared with the G10, G10 Power, and the G Stylus, going strictly by the numbers though there could be nuances to that. In any case, we have a G10 for side-by-side comparisons - all in due time.

Other less standout but still feel-good bits on the Moto G30 include the 5,000mAh battery (which, it seems, has quietly become the standard capacity across many segments) and the 20W charging capability. A classic rear-mounted fingerprint sensor is a nice throwback to simpler times, as are the FM radio and headphone jack. Additionally, you'd be getting Android 11 out of the box, which remains something worth pointing out even some six months after the OS' release. Speaking of that box.

The Moto G30 ships in Motorola's default one-piece navy packaging. Inside lies the phone, already in the supplied transparent soft case - protected even before you take it outside of the box. 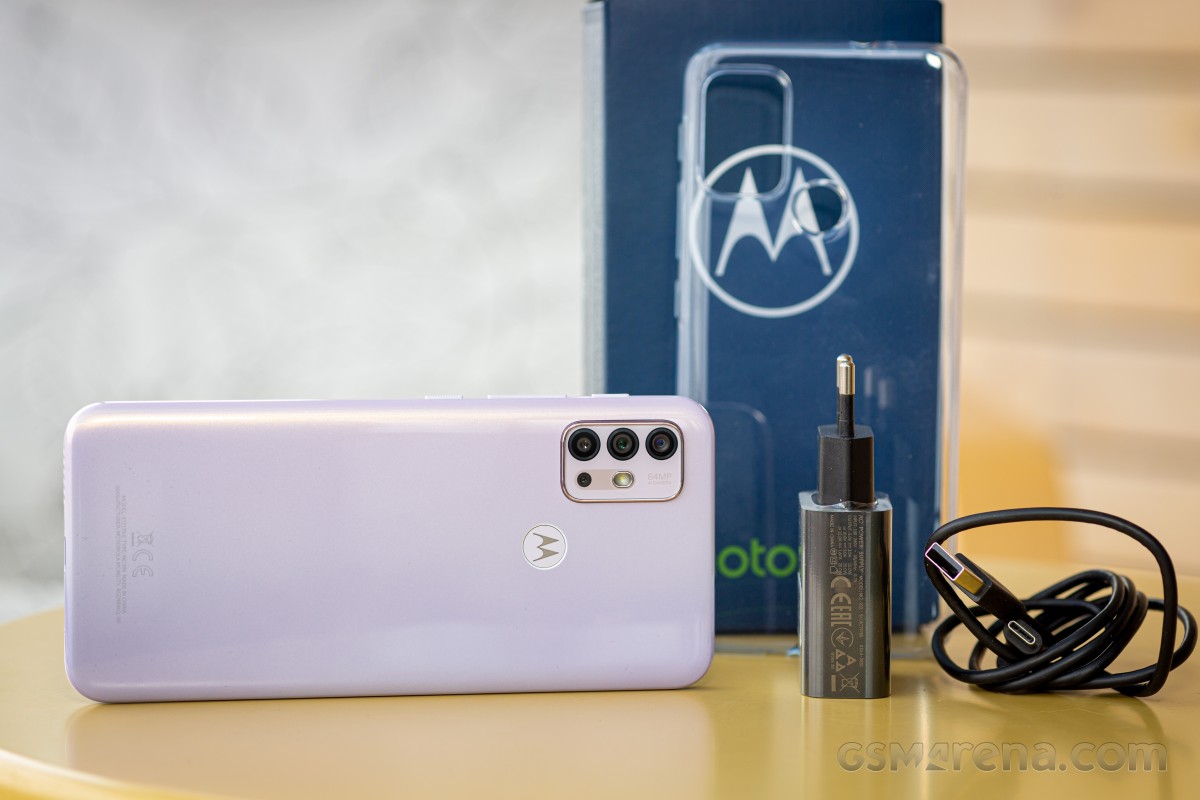 Bruh. Stop living in a cave.

The phone takes you through the setup and explains the navigation. Gestures is part of Android. If you want to revert back to the old style of button navigation you can do this via the options.

no instructions,very difficult to use and navigate,swiping makes it more difficult than using arrows would not recommend it unless you are a gadget whiz...sorry motto no matter how good the phone is if it is hard to use it is useless