The Motorola Capri Plus spotted on Geekbench last month with model designation XT2129 has been certified by Thailand's NBTC, which revealed the smartphone will be launched as the Moto G30.

The listing doesn't include any specs of the device, but Geekbench revealed it will run Android 11 and have 4GB RAM, with the chipset speculated to be the Snapdragon 662 SoC. 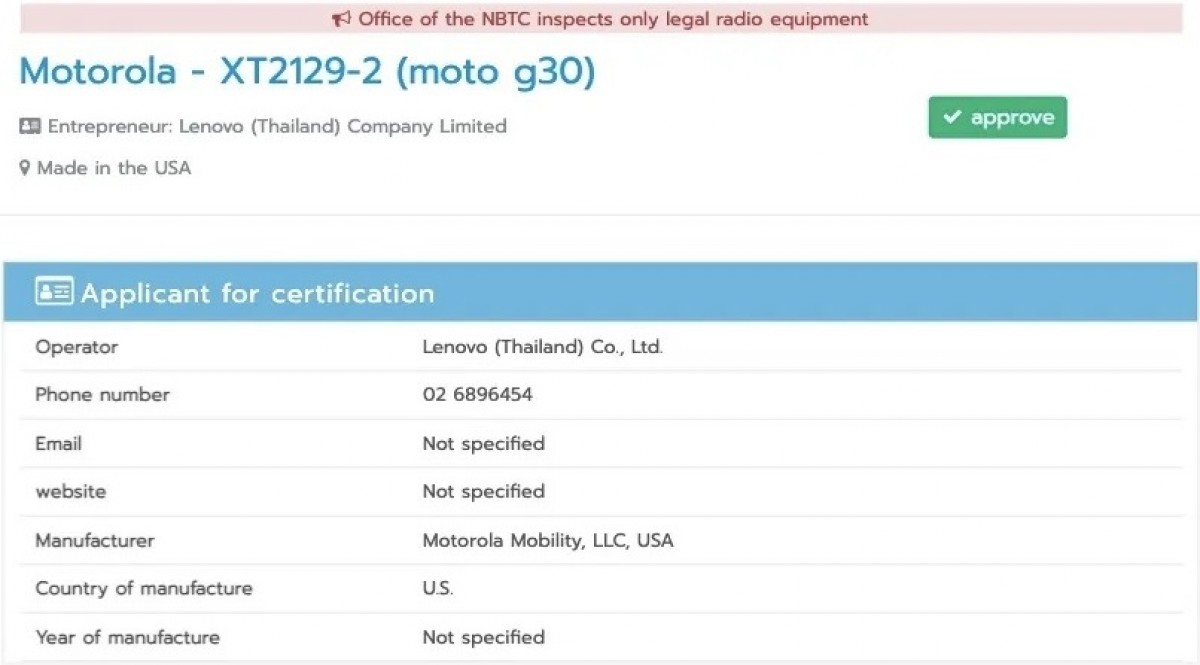 Rumored specs of the Capri Plus - which we now know is the Moto G30 - include a 90Hz HD+ screen, up to 128GB storage, and a 64MP primary camera joined by 13MP ultrawide and 2MP depth sensor units.

There's no word from Motorola about the G30 yet, but more details about it should surface soon.

A poco m3 that costs twice as much as a poco m3, I'm assuming.