A flagship of sorts, within its own family at least, the Moto G6 Plus is the best equipped among the G6 brethren with a specsheet that covers all the bases and a price tag that won't break the bank. Another in a line of successful Moto Gs then? We'll get to that.

Another area where the Plus comes with improvements is the chipset - a Snapdragon 630 replaces the 400-series silicon in the other gee-sixes. A fraction more light makes it to the G6 Plus' main camera than it does on the G6's (an f/1.7 vs. f/1.8 aperture) but it's still a 12MP dual pixel affair with an additional 5MP cam for depth sensing. The 8MP front facing shooter is shared in the family, complete with a flash too. 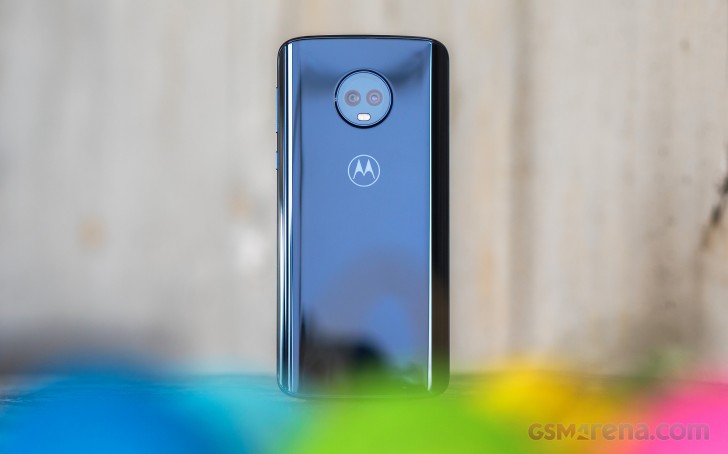 Powering things is a 3,200mAh battery - 200mAh more than the vanilla model, but not quite as much as the Play's 4,000mAh. Then again, the Play's chips are made on a dated 28nm process, and the more efficient S630 can make do just fine with less juice. Plus, the near-stock Android Oreo should be easy on the battery anyway. And when it does eventually die, the bundled TurboPower charger is good for quick top ups.

There's just a single speaker, but as single speakers go, this one probably makes the most sense - it's the earpiece that handles the task and is, by definition, front-facing. There's an FM radio too, and a 3.5mm jack - midrangers are still a safe space where this sort of goodies are more or less standard.

We didn't quite get a retail package with the Moto G6 Plus, strictly speaking. We did, however receive one with the Moto G6 and we got confirmation that the Plus will come with the same accessories. Those include the mentioned 15W TurboPower charger (USB cable too, naturally), and a clear silicone protective case. No headphones, though. 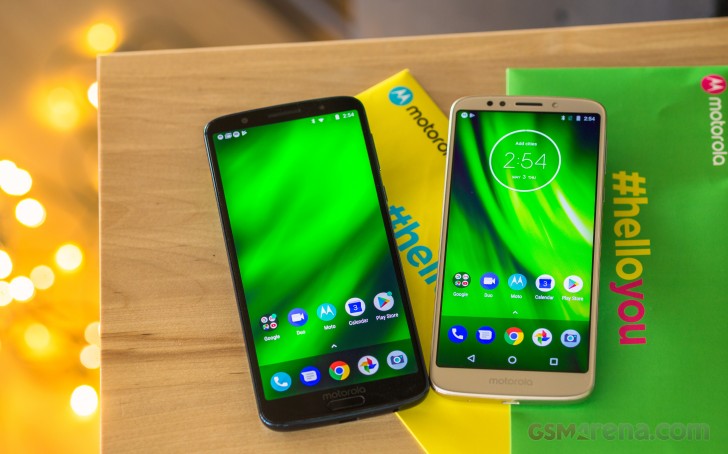 No accessories in these Moto envelopes


With no accessories to fumble with, we might as well get on with the review. Let's have a look at the design on the next page.

This phone is a literal piece of crud! Avoid at all costs. Never again will I ever touch a Motorola phone. Between the incompatibilities, battery demolishment and just plain terrible interfacing issues. This thing is a piece of junk. I have hate...

1/12/20 Since listed previous review has suddenly sprung a malfunction with bottom touch letterbox sensor resulting in black screen switching off on other functions sound etc ok Have 3 sprung pegs on bottom to keep screen on 2.3 yes old so Black ...