Seven generations into it, the Moto G is now a whole four-player lineup instead of just one phone like it was in the good old days. Here we'll focus on the namesake of the 2019 roster - the Moto G7 proper, to see if it still has some of that great value the original was famous for. 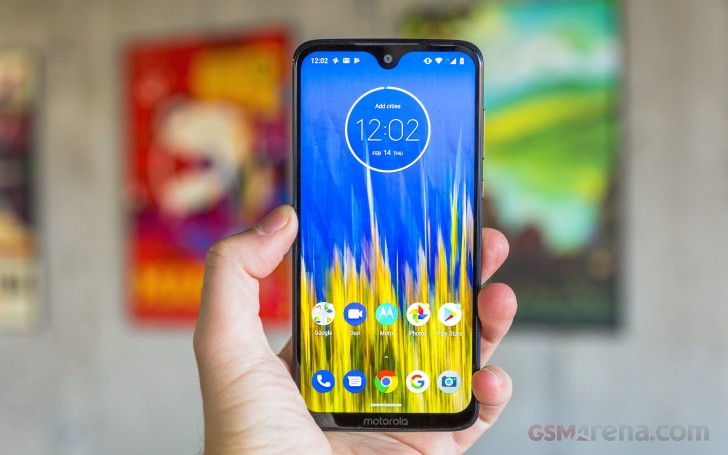 For your money, you'd be getting a 6.2-inch display, and to be fair that's 70-odd percent more screen area that the Moto G - on that metric alone, you could say the price increase is justified. It's a tall screen too, complete with rounded corners, waterdrop notch and minimal bezels, so it's perfectly in sync with the times.

Technically, so is the chipset, although the Snapdragon 632 is anything but exciting, even if it did come out in the second half of last year. The Android 9.0 OS is as current as you can get too, so more points to the G7 for not lagging behind.

With enough RAM and storage, plus a dedicated memory card slot, 3.5mm jack and an FM radio receiver, the Moto G7 checks pretty much every box that a savvy consumer is looking for in the midrange. Meanwhile, a 'depth sensor' on the back lets the G7 boast a dual camera while keeping costs down - you could say it's the norm in this segment.

Now, this being a whole lineup of Moto G7s, you can steer in different directions if this vanilla G7 isn't quite your thing. For example, the Plus will get you a faster chipset, higher-res cameras, and even faster charging, the Power will prioritize battery life, while the Play will come with significant savings to account for its lesser hardware. 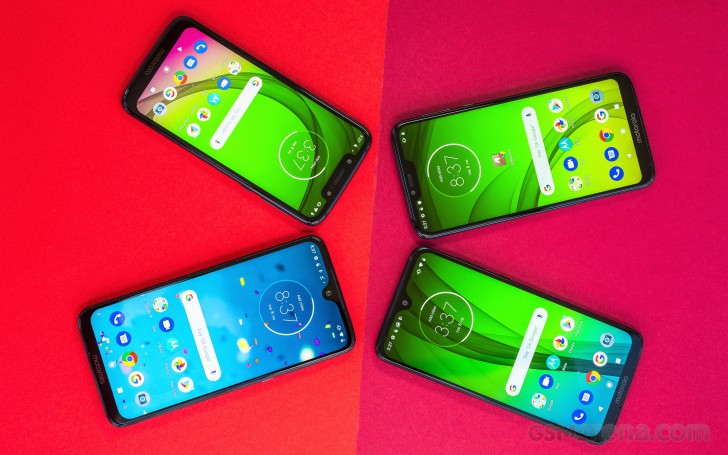 Let's stay focused on the Moto G7, though, and leave the Plus, Power and Play aside. An unboxing is due.

The Moto G7 comes in a green box that's color-coded to mean it's the G7 in particular inside and not any of the other three. Of course, you won't really know that it's just that we had all four at the office at one time, and they're all different, yet the same. 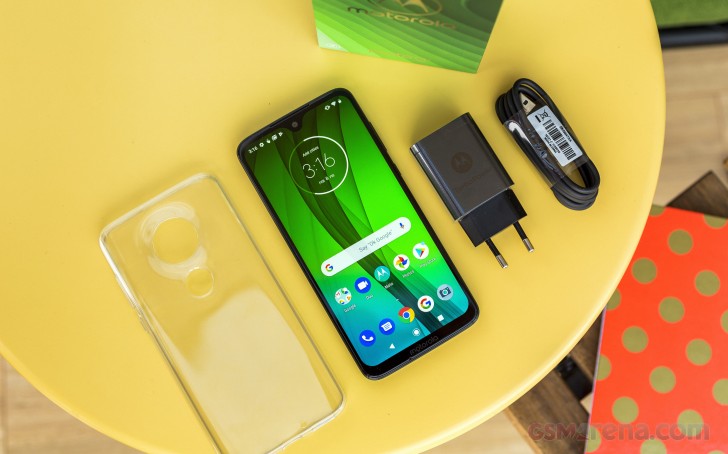 Remove the lid and the phone's right there already in a transparent silicone case - so that's what the tiny silver icon on the box meant. Other than the case, you'll also be getting a 15W charger that still has the TurboPower branding even if it's not quite as Turbo as the 27W unit that comes with the Moto G7 Plus. There's a cable too. No headset, though.

some come with dua sim while some are single sim. if it dua, the sim tray will have 3 sim size in it. 2 for sim cards and one for external memory card.

Iam unable to insert 2 sims in Moto G7. Can some help me whether the same is possible or not.