The Moto G lineup has come a long way since its first release in 2013. The original Moto G is still one of the most iconic handsets ever created as it jump-started a new era of mid-range smartphones. It was quite frankly the first budget phone to make sense with a fairly powerful SoC for the asking price, decent battery life and clean, fast and clutter-free Android experience. But seven generations in, does the Moto G7 lineup still have it? Or the focus had shifted so much, it's hard to recognize the new Motos, for better or worse?

We take a closer look at the most expensive and capable of them all - the Moto G7 Plus. It's a solid mid-range device on paper, but it's hard to compete with the likes of Xiaomi and Honor these days especially with a high price tag of around €300. Still, the Moto G7 has a few standout features that some users will definitely appreciate and will probably make them overlook the flaws - the clean Android OS, the added Moto Action gestures, Motorola's TurboPower 27W fast charging and the 16MP OIS-aided main camera on the back are all rare sightings. That last one makes it a unicorn of some sort as not every manufacturer squeezes in OIS when building a handset on a budget. 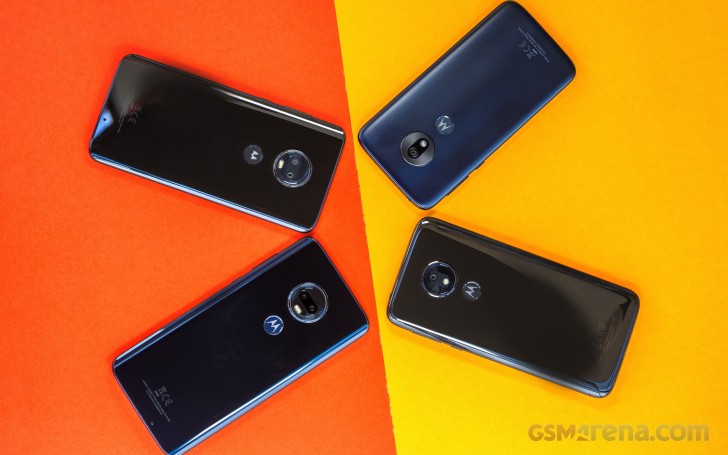 But some corners had to be cut, unfortunately. The most obvious one is the chipset. If you are on the market for raw power, the Moto G7 Plus probably won't cut it. There are plenty of alternatives out there with more powerful SoCs at an even lower price, but as we all know, the specs sheet isn't enough to assess a smartphone. The Moto G7 Plus might turn out to be a well-balanced midranger with more than satisfactory overall user experience.

Unboxing the Moto G7 Plus

The handset comes in a generous box containing headphones, a transparent silicone protective case and a 27W-capable TurboPower charger, which is great news as you don't have to look for a third-party charger. 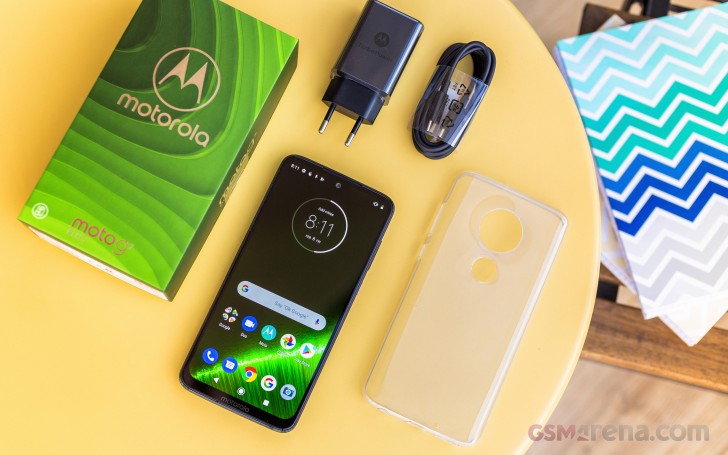 And since the charger and the phone support the Quick Charge 4.0 standard, which in turn is also compatible with Power Delivery by design, the data/charging cable is USB-C to USB-C. It's nice to see the new standard being brought to the masses. So far only a few high-end smartphones come with USB-C to USB-C cords and Power Delivery charging bricks.

The usual user manuals and SIM ejection tool are at hand.

it comes with a case

This phone is 120. right now, which makes it a great deal (only problem is trying to find a case for it).

How long are you getting now? Also, any slowness or breakdown happened since day 1?