Back in December, Motorola made a commitment to update quite a few of its devices to Android 11. Both the Moto G8 and the G8 Power were on said list. However, we still don't have a timeframe for any of the devices on there and it's good to see that Motorola has started covering some ground. Well, technically, the Moto G Pro already started the update cycle back in January, but not much else has happened since. There is an official Motorola update portal you can use to check on progress for other devices. 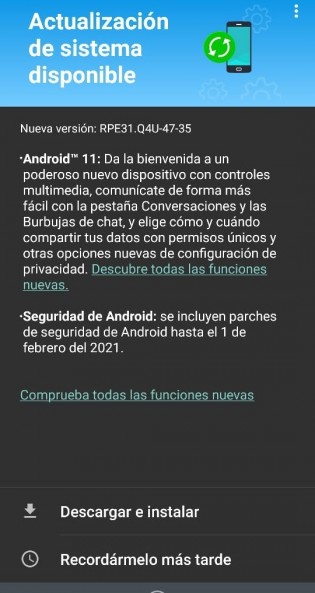 Anyway, The Moto G8 and G8 Power are using the same software build, which is why they get the same update package, build number RPE31.Q4U-47-35. It is based on Android 11 and contains February 2021 security patches. It is a staged OTA rollout, currently live in Colombia after what was said to be a four-month-long beta soak test. You can expect to see the update in other markets shortly.

Moto got a lot better last couple of years with the quality of upgrades at least not breaking things and ruining phones.