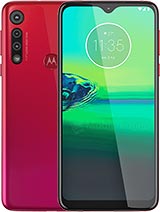 Have had this phone since June 2020, couple things I can comment on:
Pros:
-Durable! This thing flew out of a moving vehicle and survived with no cracks!
-Stylish Colours!
-Easy to use and easy to handle
-Very good battery life! Still holds a charge after all day on social media apps such as Tiktok and Facebook

Cons:
-Performance :( over the last few months since the most recent major update, this phone has been lacking in performance. Often times the phone will freeze when getting a notification or a phone call, or opening an app. I have performed a reset, however that has not improved the performance.
-Headphone Jack Malfunction: This is probably a hardware issue with my phone, however after 2 months of having the phone my headphone jack no longer words. I have cleaned it, and tried multiple different auxiliary cords and headphones, however the auxiliary jack is still not working.

All in all: Its a good budget phone for light usage, and is very durable! This is now my backup phone (currently using as my main since my Galaxy A51 cracked after setting it on a desk gently, not very impressed.)

Anonymous, 15 Feb 2020I bought this phone on amazon guess what it's NOT been released in the state's so no carrier's... moreI had exact problem!!’ No carriers!

Okay so I've had my handset since Nov 2020. It's one of those things where people need to get it for themselves before commenting on it.

The only real problem this phone has, is it's cameras aren't up to budget standards with the rest of the industry. The 2G of ram, actually endure my abuse and I am a heavy social media, art app using, video call having phone is attached to me and functioning for 5 hour chunks daily kind of owner.

I've had no stutters and I'm carrying a 60G memory card, comfortably. It responds quickly for everything except my art app, which can often even stall on my PC and my tablet so I expected that.

It dropped twice in December, I have on one of those quicksand glitter cases, no cracks... No damage... Nothing. I used it with wet thumbs up to last week because I went to the beach... The phone is fine.

If you need a BUDGET device and don't care that much about noise in your poorly lit photos, I recommend this, or just go straight for the Power as it's not that much more expensive now I think.

Ive been using mine on t mobile since november 2019

There's no way this model could be fully functional in 2020 with such a befpre-2018 hardware...

None of the Motorola budget phones have nfc. I have the g7 play which also does not have nfc. The moto g8 plus has nfc but it says it is market dependent.

I bought this phone on amazon guess what it's NOT been released in the state's so no carrier's here can put service on it. Talk about furious I think they need to advise customers of information like that it better not take long to get my money back or lawyers will be getting involved

Areesh101, 03 Dec 2019I’m thinking that this should be my first and official phone I’m getting, I just hope it has NFC!No NFC on this phone.

He have USB Type-c and nota microUSB

I only commented on a mistake of GSMArena team and said that this phone has a USB Type-C port not Micro-USB as stated in spects and my that account has been blocked. hehehe funny.

I’m thinking that this should be my first and official phone I’m getting, I just hope it has NFC!

Premium looks and amazing features, especially the MediaTek processor which works smoothly. Amazed at the price and amazing battery back-up.

Anonymous, 08 Nov 2019You would have to see if this works on a CDMA network, if not then nopeCdma Network is total fail

Anonymous, 08 Nov 2019You would have to see if this works on a CDMA network, if not then nopeAre they not killing CDMA in a year or less? O_O

Vennie, 03 Nov 2019Can I have this phone activated on the boost network? You would have to see if this works on a CDMA network, if not then nope

G7 play, 05 Nov 2019I'm not sure there's any improvement over the G7 except for the bigger battery. The G7 play ha... moreHelio P70 with its TSMC at 12nm should be more power efficient than the 632 and its TSMC is at the older 14nm... Plus the Helio P70 has 4 high speed cores and 4 high efficient ones while the 632 only has efficient ones and no high speed ones! X-X

I'm not sure there's any improvement over the G7 except for the bigger battery. The G7 play has a snapdragon 632.