The Moto G8 Power packs a 6.4-inch IPS LCD screen with 1080p+ resolution and 19:9 aspect ratio. It has a punch-hole cutout around the top left corner to make way for the selfie camera and its corners are trendily rounded. 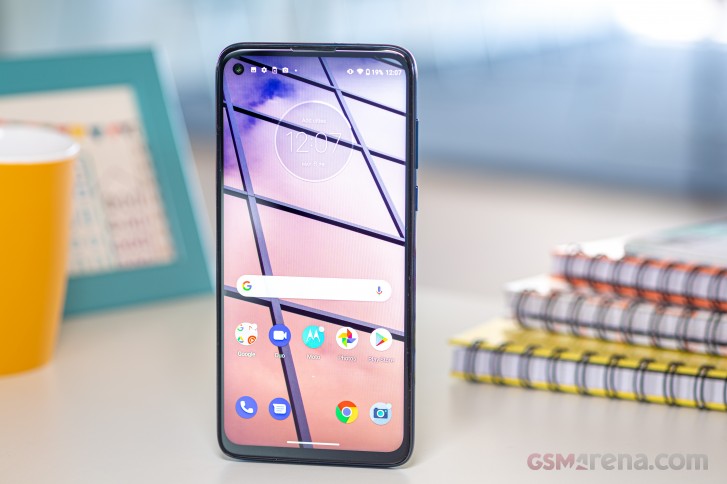 The exact screen resolution is 2,300 x 1,080 pixels or about 399ppi. The make of the protective glass was not specified by Motorola. 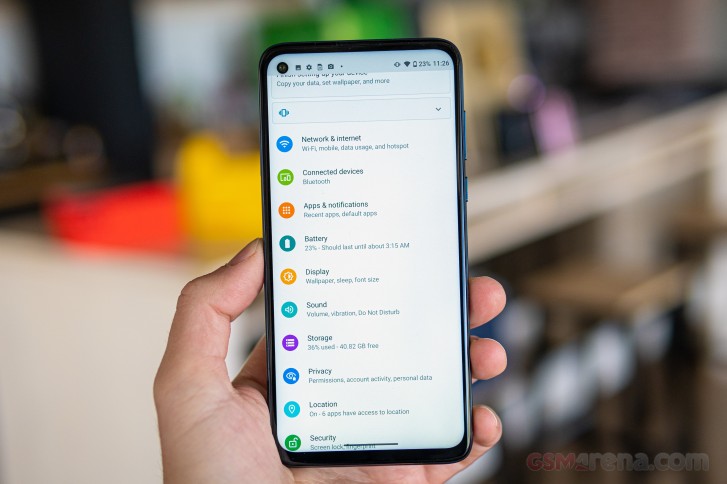 One of the first things you will notice is the uneven backlight around the punch hole. It is annoying only on bright backgrounds, but it was to be expected as the LCD LED backlighting is not perfect (and it can't be). Such dimming can also be observed around the edges of the screen, though not as strong as near the notch.

Other than that, the Moto G8 Power screen looks bright and punchy. We measured a maximum brightness if 500 nits in manual mode, and 741 nits in auto mode. That's more than enough for an LCD screen and you will have no issues even in the brightest of days.

The black levels of the Moto G8 Power screen turned out quite good, too, and overall, the panel offers an excellent contrast ratio of about 1500:1.

The minimum brightness at the far left of the scrubber is just 3.2 nits, which is a great one.

Color reproduction is consistently off on the Moto G8 Power, regardless of which of the three color modes you choose. Be it Natural, Boosted, or Saturated, you can expect a strong blue shift of the white and grays, to the tune of a DeltaE of 8-9. That is not so bad - it's not a color-accurate screen but it's not a deal-breaker either.

The Moto G8 Power packs a massive 5,000 mAh battery, which should last you for up to three days of normal usage according to Motorola's claims. The phone supports Moto's 18W TurboPower fast charging and it fills 29% of the depleted 5,000mAh battery in 30mins.

Quite expectedly, the Moto G8 Power turned out to be a remarkable performer in our battery test with a 136-hour Endurance rating. It did a great job in all tested scenarios - video, calls, web browsing and even stand-by performance. 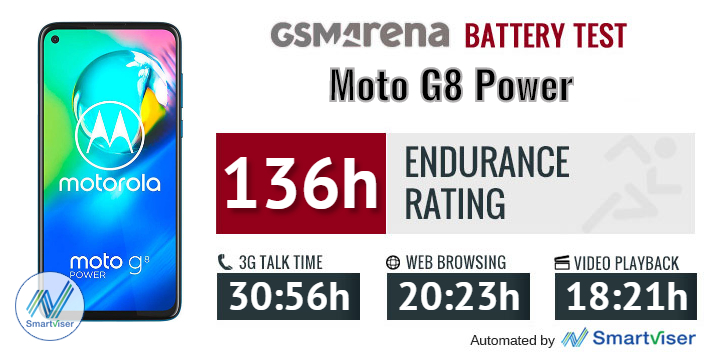 Our battery tests were automated thanks to SmartViser, using its viSerDevice app. The endurance rating above denotes how long a single battery charge will last you if you use the Motorola Moto G8 Power for an hour each of telephony, web browsing, and video playback daily. We've established this usage pattern so that our battery results are comparable across devices in the most common day-to-day tasks. The battery testing procedure is described in detail in case you're interested in the nitty-gritty. You can check out our complete battery test table, where you can see how all of the smartphones we've tested will compare under your own typical use.

The Motorola Moto G8 Power has a stereo speaker configuration, just like the G8 Plus. It is quite common - the earpiece doubles as a second speaker. The G8 Power earpiece is equally powerful as the bottom one though - both in loudness and output, so it is not just a gimmick. 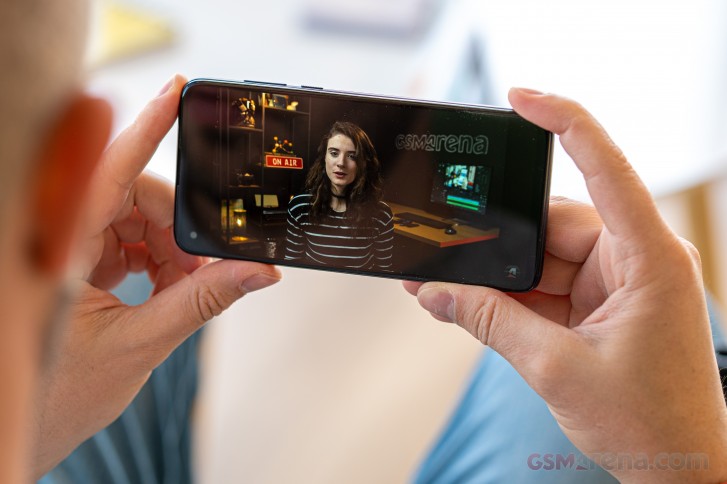 In our new speaker test, the Moto G8 Powers scored a Very Good mark for loudness. As for the quality - it's good. The vocals are great, there is a good presentation of high notes although not as rich as we hoped it to be and the bass is completely absent.