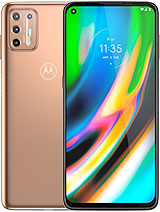 im on moto g7 i bought this 1 year used with perfect condition for 70 bucks, im pleased but have one big flaw - image persistence retention bleed visible on greay dark themes, with gcam i hacve realy nice pic reeeeaaaaly nice videos to muuuuuch better than stock, i dont have warranty on g7; i found on craig list in my town g9 plus for 160 buck almost new 2 weeks used with warranty and i wanna buy, what do U think

RobinCc, 26 Oct 2020What I don't seem to understand about motorola is their lack of class leading innovation ... moreTake it easy, a new phone is beeing developed with those specs you mention and OLED screen.

Will that suit for you?

The G9 Plus is not my type of phone too, still it´s not so bad, despite the dimensions, you still have 128GB/4GB and very good battery and SOC , the 730G is very good

AWAR, 30 Oct 2020Compass is used by apps like Google Maps & Facebook Messenger Location Sharing which help ... moreAny phone that doesn't have compass is not my phone

AWAR, 30 Oct 2020Compass is used by apps like Google Maps & Facebook Messenger Location Sharing which help ... moreThanks. So is the compass necessary for a mobile who is using google maps and related to it?

My only disappointment with this device is that it only came with 6GB of RAM and it should have come with 6 especially carrying almost the same processor as the Moto Edge I just purchased.

hello, 23 Oct 2020can anyone tell me what is the compass ? and how it is used?Compass is used by apps like Google Maps & Facebook Messenger Location Sharing which help you by showing the direction you are facing too make sure you are going in the right direction as you travel!

The Compass helps tell the direction and orientation of the device for much better map accuracy in addition to Accelerator, GPS & Altimeter

What I don't seem to understand about motorola is their lack of class leading innovation in any if their mid range handsets. (Apart from the Z line that has now been suspended).

They always have a tendency to release mid rangers with outdated chipsets, when, given that they are now owned by Lenovo, they could easily be at the cutting edge forefront.

Can you imagine if they would have put a SD750g, with 6GB ram and 128gb storage. That would have been amazing, and it really would have made them desirable within the saturated mid range segment.

It's just a shame they don't really cater to tech enthusiasts, and are more focused on playing catch up with other manufacturers.

Motorola's brand is just very bland at the moment and has been for a while.

When will motorola learn?

can anyone tell me what is the compass ? and how it is used?

Anonymous, 21 Oct 2020Where did you get that info?You know, there is that famous German site which tests professionally laptopts, mobile phones, and tablets, and they do all kind of measurements including speed of internal and external flash memory, navigation precision, WiFi speed and range, call quality, and so on.

gary, 21 Oct 2020Motorola phones chipset lock very fast than other phone in the market , the gps location .Use ... moreThat is correct. G9 Plus vehicle navigation is almost precise as the professional Garmin one. Yes, it sucks for not having a compass, but for the vehicle navigation it's irrelevant.

xcv, 21 Oct 2020Please don't spread fake news. Flash read/write speed of G9 Plus is faster than their ... moreWhere did you get that info?

xbldev11, 21 Oct 2020LOL, I really want to know too.Motorola phones chipset lock very fast than other phone in the market , the gps location .Use every nav program for direction.

hi, 19 Oct 2020hi, anyone here with used experience? how is it? Battery 2 days with normal usage.
The screen and some functions is primarily very sucks the battery. Huge smartphone, two hands only, heavyweight.
The keyboard sometimes strange, and there is no way to write by one hand, even with the one hand feature.
But overall a really good phone, but I more prefer the g7 power and g8 power.

Flash read/write speed of G9 Plus is faster than their direct competition: Redmi Note 9 Pro, Galaxy M51, Oppo A91, and Poco X3 NFC, and they all officially have UFS 2.1 storage. Only Realme 6 Pro has faster UFS 2.1 storage.

Tom, 20 Oct 2020Why Motorola hates compass on their phones LOL, I really want to know too.

Why Motorola hates compass on their phones

Total of 286 user reviews and opinions for Motorola Moto G9 Plus.
ADVERTISEMENTS