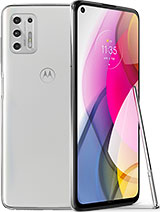 GIO , 01 Mar 2021Overpriced. LG refreshed the STYLO 6 as a global version K71 that you can get cheaper than the... morethe screen quality difference is minuscule and they are around the same price of phone with the stylus beating out the stylo in processor, memory, and camera quality with the same size screen this phone is much better than the stylo 6 and as it stands the stylo 7 may never be released. its a wonderful device which I have for myself and would recommend to others.

Anonymous, 04 Apr 2021With more contactless payments beimg made since pandemic a 2021 I agree a phone without NFC is... moreI'm a sales rep for boost mobile who bought this phone for myself, with bank cards themselves being tap capable I find it pointless for my phone to be able to tap pay as well. That being said i do not have a tap pay card and i have used tap pay on previous devices. it does not seem an inconvenience as if i wanted it to truly be contactless there are many delivery options out there for a vast number of needs. the phone itself is very powerful and runs greats and with the large storage capacity i can continue to fill it wait videos and apps and never feel like my device performance suffers because of it.The comment about the pens being similar, the one depicted in the photo is the white variant of the pen for the white colored device the pen for the other versions look a bit different though theirs only so unique you can make a stylus pen that goes inside you phone without making it look ugly or bulky (as i feel many of the note sylus pens are though they come with cool features) i have held and used many stylo 6 and stylus pens and the stylus feels way nicer and is less likely to fall out of the phone. I made the switch from the LG stylo 5 (my favorite phone i have ever owned) to the g stylus 2021 and I feel it was a very good decision. it more than meets my needs and i suggest it to anyone who wants a high quality phone that is less than 500 dollars.

Anonymous, 15 Jan 2021on your comment about screenshots, not really. it's like taking a screenshot with iphones... moreI have this phone, and it Freaking Rocks! Y'all don't know what your talking about It's not going down hill It's Taking over

Anonymous, 01 Feb 2021Seriously still no NFC in 2021....just to save maybe $3, seriously cheapskate, it is not a lux... moreWith more contactless payments beimg made since pandemic a 2021 I agree a phone without NFC is a huge omission.
Perhaps the next iteration of this phone will have it.
The stylus on this phone looks very similar to the LG stylo series ..if rumours of LG closes mobile division in 2021 then the LG stylo 7wont ever be released but if this phone is released with 5g and NFC and a modern design it may then have been a good alternative to the motorola stylus and for samsung note users looking for a solid budget friendly alternative.

rad phone. paid 180 for mine, upgraded from an s9 plus last week. huge built-in storage, huge sd card support, huge ass screen, and the thing runs really fast and smooth. no decent cases for it yet, but that's fine; some good ones should come out soon. the stylus thing is kind of gay but it's neat and comes in handy sometimes. definitely worth the price

GIO , 01 Mar 2021Overpriced. LG refreshed the STYLO 6 as a global version K71 that you can get cheaper than the... moreI have had two LG Stylo phones the 2 and 4 now. And both of them had cheap Micro USB charging ports. The 2 had the micro usb and the 4 had micro usb-c. Again both failed within 1 yr and that was using careful charging tactics. If it wasn't for that it would be a good phone.

the only good phones with stylus's are Samsung's Note lineup

GIO , 01 Mar 2021Overpriced. LG refreshed the STYLO 6 as a global version K71 that you can get cheaper than the... moreLg k71 has much weaker cpu

Overpriced. LG refreshed the STYLO 6 as a global version K71 that you can get cheaper than the MOTO. Has same memory and cameras as the MOTO and additionally, dual sim, dual stereo speakers and better screen. Only MOTO advantage is the processor which isn't that "fast" to begin with and will be completely negated with the STYLO 7 this year. If a 2021 MOTO Phone can barely compete with a 2020 LG I don't even understand why MOTO bothers to introduce a phone to begin with in this segment. If they were smart they should have invested more in a UPPER MIDRANGE stylus phone as right now you either go 1200 NOTE 20 series or 300 or less STYLO series. Big hole in the middle for the taking and the "geniuses" at MOTO decided to instead do a half-hearted attempt at a "budget"stylus phone with mono speaker set up and a lesser quality screen.

JamesSteevens, 13 Feb 2021This seems like a decent mid range phone. I do wish the processor was in the 700 series. The c... moreTBH you will never know. EVERY midrange phone has 48 8 2 2 config, whether they are good or not. Motorola never had a reputation for great photos (doesn't mean its impossible, just look out)

This seems like a decent mid range phone. I do wish the processor was in the 700 series. The camera seems like it can do a good job, not at the level of an iPhone or Samsung S. But I may consider getting myself one. I have no real complaints about this. I think the 128 gigs of storage is great.

Seriously still no NFC in 2021....just to save maybe $3, seriously cheapskate, it is not a luxury but compulsory feature now days when everyone does tap to pay!

Anonymous, 24 Jan 2021Speed test not always said truth .It's about total how device set up to roll .Compare cl... morethat's not even a competition, stock android blows everything out of the water. the only chinese company that knows how to make a UI properly is oneplus with their OOS

Speed test not always said truth .It's about total how device set up to roll .Compare clean Android with Xiaomi's miui

Arod, 21 Jan 2021should i go for this phone or the oneplus nord n10 they both are the same price i think the ... moreYou should base it on personal cost. If you're going to pay the same, obviously pick the one with the better internal hardware. The stylus is borderline useless for everyone, even people who apparently use styluses.

I'm really beyond confused why they even made this device? It's like a cheaper in quality version of the model from 2020 but more expensive.

The increase in cost makes absolutely zero sense for the improvements given. I suppose the analysis and ratios just don't make logical sense for aluminum frames anymore. Plastic seems to be just as good? I truly don't know. I really wonder the 'actual' manufacturing cost of devices, and what sort of increase an aluminum frame or say an NFC chip adds to those costs. I imagine the frame is very minute, maybe even $0.20 or so. Total device cost is probably below $20 (maybe even single digit US dollars). It just ends up $300 due to transport and tariffs and the fees (people) between factory and the consumer.

Sad world we live in, always 'upgrading'. Consumerism and lack of care for environmental impact is leaving us with a very depressing picture of Earth.

No NFC! Yikes! I understand the cost savings for a quality built phone but in many cases with all the “touch less” payment kiosks this feature is becoming a necessity. I love Motorola phones and would pay extra for the feature as it would still be a lower cost alternative to a Galaxy Note.