The Moto X Play comes with the same camera setup as the top-end Moto X Style. A 21MP Sony sensor sits behind an f/2.0 lens, and there's phase detection autofocus. There's a dual-tone flash, which should supposedly adjust the color of the flash light to produce more natural results.

You can launch the camera with a natural twisting movement from your wrist. It works while the device is locked, but can also fire up the camera from the homescreen or when you're inside other apps - basically a universal camera shortcut. A second double twist now switches between rear and front camera. 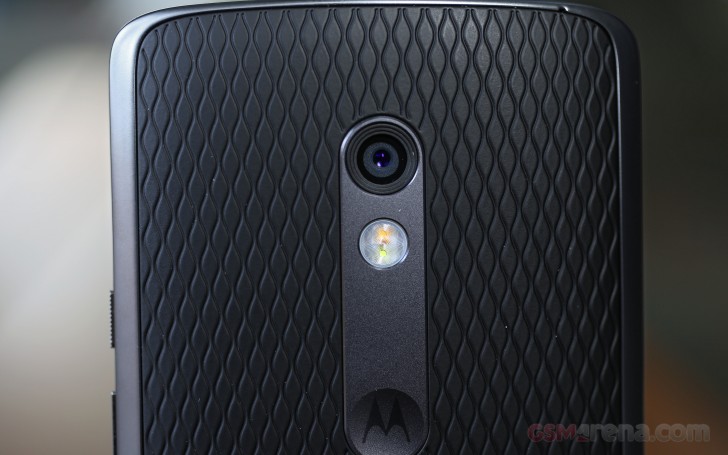 The camera app is a decidedly minimalist affair with nothing but a video capture button and a rear/front camera toggle. There's no shutter button, you tap anywhere on the screen to take a shot. Dragging upwards zooms in (digitally, of course), dragging down zooms out, simple as that.

Long pressing on the other hand activates the burst mode - it took roughly 115 full-res shots in 30 seconds, resulting in an impressive frame rate of nearly 4fps. It can apparently shoot indefinitely too, provided you have the storage.

There is, after all, a settings menu, evoked with a swipe in from the left. This pulls a wheel with commonly used settings like HDR and flash mode, stills and video resolution, panorama, the lot.

One of these settings lets you have control on focusing point and exposure and once you get used to it, you figure out how ingenious it is. You get a circle, which indicates where you want to focus and you can touch and drag it around the frame. You don't tap though, tapping is reserved for actually taking the shot.

Along with the focus selector you get an exposure compensation ring where you can adjust exposure continuously, though neither the range, nor current setting is displayed in number of stops. It vibes well with the overall simplistic design of the app.

For example you get only two choices for still image resolution - 21MP in 4:3 ratio, and 16MP in 16:9. Same for video, it's either 1080p/30fps or 540p slo-mo. Some settings like Panorama mode are just on/off toggles, others like HD and flash mode pop a list of choices, but all takes two taps at the most. Overall, it's a well thought app and snappy, too.

Overall, we find the Motorola app somewhat unpleasant to use, which is a rare thing these days. It lacks most manual options, and the tap anywhere to shoot can be aggravating at times. Even when the focus ring is enabled, you have to drag it around to lock focus and exposure and can't just tap, which can be frustrating.

Also, with the controls positioned on the left, they are impossible to access with your right hand in landscape mode. The only good thing about the software experience is how quickly you can launch it and how intuitive the gesture is.

Image quality is superb. Detail levels are high on pixel level, and everything is nice and sharp all the way to the corners. You can see noise in areas of uniform color, but it's handled with care and produces a nice grain, instead of ugly-looking artefacts.

Motorola's processing algorithm is almost on point in this generation of devices. Motorola seems to have found a good balance between noise reduction, sharpening and keeping the natural details.

Colors are great too, not over the top, but not dull either. Daylight images come out looking exceptionally clear and naturally sharp. You can trust the auto exposure too, it gets it right every time and doesn't produce different images in consecutive shots, one thing we're seeing all too often on other phones. Dynamic range is above average, highlights are well preserved, but on the shadow end, images come out just that one bit darker than perfect.

The hybrid phase detection autofocus works remarkably well in daylight but gets noticeably slow in low light and can occasionally miss focus.

The dual LED flash doesn't seem to make a pronounced difference, as far as the color temperature goes. 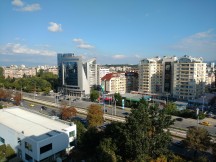 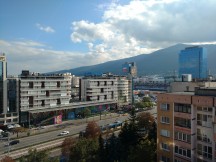 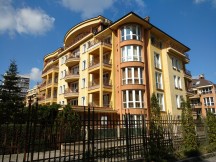 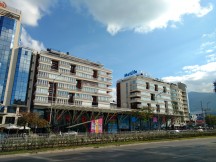 HDR mode pulls some more detail from out of there. It works conservatively, and resulting images can pass for a regular shot if you don't have the actual one for immediate comparison. 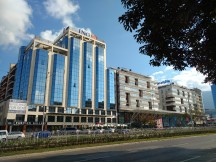 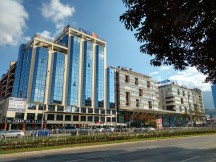 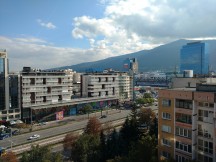 We also shot some side-by-side images with the Sony Xperia Z5 we had at the office for a while (hint, review coming soon). The idea was to see how Sony's custom sensor in its own smartphone compares to the best the company offers other manufacturers. And how other manufacturers handle the data said sensors capture.

It's not an obvious choice between the two. While Sony's new camera is a serious leap compared to older generations, pitted next to the Moto X Play it shows certain flaws. True, there's plenty of detail in Sony's images too, but we're not real fans of the over-sharpened look.

In the first comparison shot, the Xperia's rendition has left almost the entire sky clipped to white, while the Moto X Play has managed to salvage more color. Sony's take on noise reduction leaves unpleasant artefacts in the sky too, which you can see in the second shot. Mind you, it's pixel-peeping territory, where we're observing all that.

All in all, there are some differences in the two companies' approaches, but both Sony-equipped cameras produce high-quality images. The best part about the Moto X Play is that it does so at less than half the Z5's price. 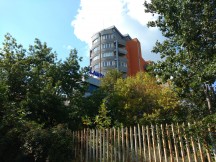 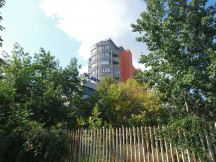 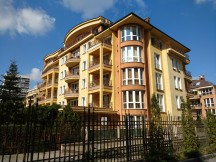 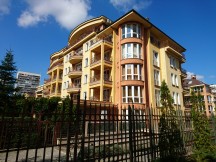 We took a few close-up shots and the take out is that the Moto X Play isn't too keen to focus very near. Our knight in shining armor could fit his entire sword in the frame and even then it's debatable whether the camera locked focus, in this case on the sword itself. Shooting flowers yields very pleasant results, though. 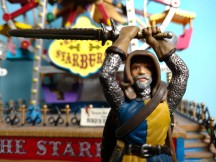 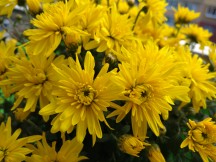 Unfortunately, the Moto X Play doesn't do a good job shooting panoramas. The images are very low in resolution - less than 1,000px tall, and there's very little detail. The fact that exposure is even across the frame doesn't make the panoramas any more usable.

The front camera is a 5MP unit, shooting images up to 5MP in 4:3 or 3.7MP in 16.9. While the Moto X Style has a front flash, the Play doesn't. There are also no fancy beautification features, not that they will be missed.

The front camera is surprisingly good and shoots great images with plenty of detail and pleasant skin tones. Naturally, we shot our test posters with the Motorola Moto X Play and here's how it fared next to the Samsung Galaxy A7 and OnePlus 2. Of course, our tool allows you to compare it against any other smartphone that we've shot with.

The 1080p videos are recorded with a bitrate around 17Mbps and stereo audio at 128Kbps. They have an overall good quality to them with accurate colors and steady exposure. Detail is only about average though.

The slow motion video is shot at 540p only, so it's obviously pretty low on resolution, but there's not much detail even when that's accounted for. A very irritating focus hunting is also observed.

And here is an untouched 1080p@30fps video sample for you to download.

And finally, you can check out our video comparison tool to see how the 1080p videos differ in resolution, color rendition and more. You can also compare the Motorola to any of the numerous phones and tablets we've tested.