Motorola has launched a new member of the Moto Z series - the Moto Z3. However, its actual announcement has raised many eyebrows and has us wondering if the Moto Z3 is more of a refresh of the Z2 than a real successor.

The most significant change on the Moto Z3 is the addition of a taller 6-inch Super AMOLED display, a frame-mounted fingerprint scanner, and a fresh new glossy finish around the frame and on the pretty rear glass. None of these features, however, were any mystery since the Moto Z3 Play has the exact same design elements. 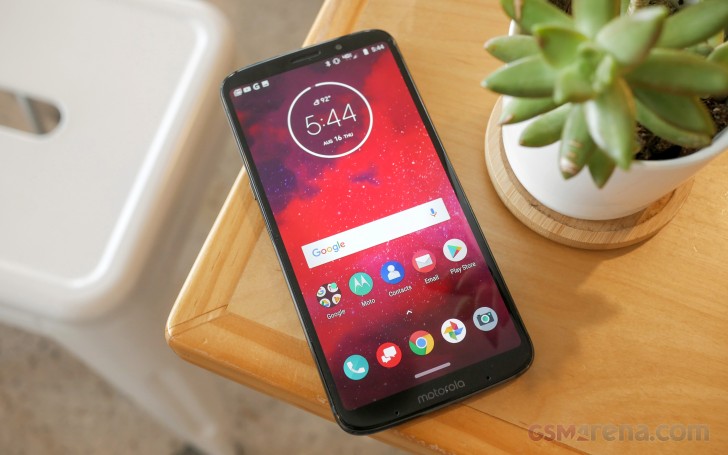 Interestingly, Motorola didn't bother to mention its "Force" branding that was synonymous with the Moto Z2 when it launched and was marketed as a shatter-proof smartphone. Shatter protection has gone out the window with Motorola, likely due to the soft plastic display that was super easy to scratch on the Z2.

Before you ask - yes, the spec sheet is correct. Motorola didn't update any internals of the Moto Z3, keeping last year's Snapdragon 835 and not bumping the RAM up from 4GB. To be fair, this configuration is still great even in today's standards. In this industry, however, nobody wants to hear that one-year-old tech is still good a full year later. 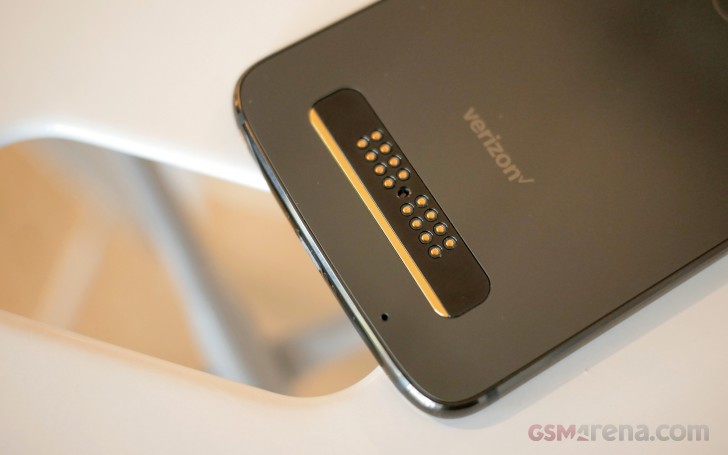 The Moto Z3 shows us a different strategy than we've seen in a while. Unlike when HTC released the overpriced Bolt with an old Snapdragon 810 (which constantly overheated) Motorola is pricing the Moto Z3 very aggressively with hopes it will boost sales and leverage the 5G hype.

Verizon hopes it does boost sales since the device will be available exclusively from Verizon in the US. We also expect to see Verizon offer some lucrative promotions to get folks to switch to Verizon with the Z3's upgradable 5G as an incentive.

No matter how different (or similar) the Moto Z3 is from its predecessor, we're still going to review it like any other flagship. We'll be looking to see how the larger new display affects battery life, whether the camera sees any improvements, and whether the Moto Z3 is a worthy upgrade over the Moto Z2.

Let's take a look at this retail packaging first.

We have a Verizon variant of the phone with bold red packaging and some cool black stripes along the sides. The box's sleeve comes off and it opens to the right.

The Moto Z3 comes with a documents pack, a USB-C to USB-A adapter, TurboPower wall adapter, and a 3.5mm headphone jack to USB-C adapter. 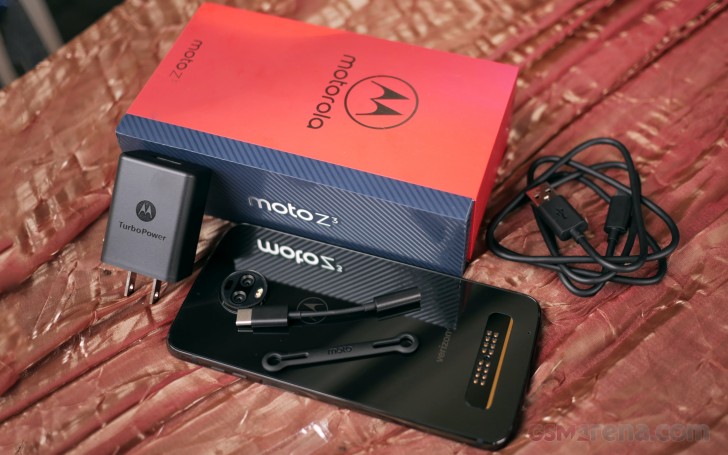 Coming back to this phone's review in 2022, I only noticed how impressive the battery endurance rating was. The 2016 Moto Z Force has a smaller and shorter 16:9 screen and an extra 500mAh of battery capacity, and yet the Z3 is only two hours beh...

Lol, I prefer to have the Moto Mods add-on instead of using a Bluetooth connection. No more BT lag when using the Moto Mods, especially for the Moto 360 camera and the Moto Gamepad, and that is a solid big win for me!