The Motorola Moto Z has started receiving a new update in China. Arriving as build version NCC25.106-11, the update brings along Android 7.0 Nougat. 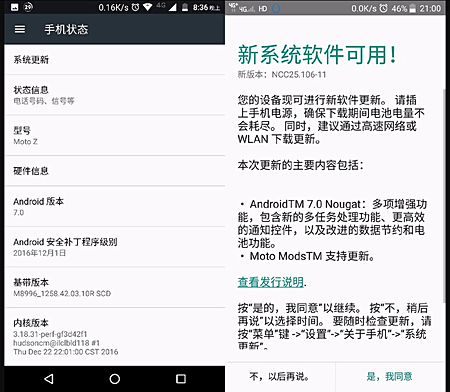 This comes well over a month after the company officially announced the global roll out of the update. For those who aren't aware, the update makes the device compatible with Google's Android-powered VR platform Daydream.

Given that the roll out has just begun, it may take time for the update to hit your device. Meanwhile, if you feel impatient, you can manually check for it by heading to your handset's Settings menu.

When we will be receiving the Android 7 update in India for moto z smartphones???