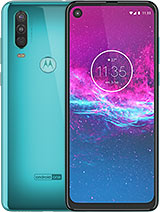 Do is support Dual VoLTE and dual VoWIFI (Voice ovel LTE and Voice over WiFI or WIFI call)?
This phone is Dual LTE, so both SIM cards can be used as 4G at same time?

The phone is great in almost every aspect. Lets go with the good part first:
- Big and bright display. The front camera punchole its not an issue, after a few minutes you forget about it.
- Great performance: very quick opening and changing of apps, i didn't found any lag
- Great camera: Not an expert, but coming from a user of a moto g6 plus, this camera is superior, in my opinion it has more natural colors in the photos, and the action cam,it's really cool to take horizontal videos with the phone in vertical.
- Storage: 128 gb is a lot.
- Battery: if you are not a heavy user or like to play video games, the battery will last the whole day with no problems

Now the BAD: the only bad thing i found is that when you play videos, from any source, when you put it on full screen the colors get so oversaturated, to the point, that by example a face, lost its contour. And changing the color mode from the settings didn't help a bit. This is really a shame, i liked the phone a lot, but this problem was a killer for me so i'm going back to my trusty g6 plus

Anonymous, 07 Oct 2019Google bought Motorola not for the phones, but for the 17,000 mobile-related patents. Phone co... moreYou need to upgrade your info

I bought this phone 3 days ago for 210 euros, I think it's a good phone for that money. The processor is even faster then the sd660, the battery lasts for more than 8 hours of constant usage, I still have to get used to the weird aspect of the screen, the sound quality is awesome with a good pair of earphones and the speaker has a rich and deep sound , compared to many other phones I've tested...So I made a good deal, buying it.

Fade., 04 Oct 2019That's what I don't get about Google's phone business. They sold off Motorola and then decide ... moreGoogle bought Motorola not for the phones, but for the 17,000 mobile-related patents. Phone companies sue competitors over patent infringement all the time, the only way to avoid those is to have your own patent stash to counter sue them.

Google then tried to make Motorola-a-Google-company work, but other OEMs (Samsung mainly) kept complaining about preferential treatment and threatening to develop their own mobile OS (Tizen). I think Google should have called their bluff, but instead they played it safe. One of Samsung's terms is that Moto needed to be sold off, which happened in 2014.

But even after the deal, Google still wants to enter the hardware scene, so they start their hardware division from scratch. This does not ruffle Sammy's feathers since unlike Moto, Google hardware has no experience nor worldwide distribution channels whatsoever.

holion, 03 Oct 2019Because Google sold Motorola to Lenovo five years ago.That's what I don't get about Google's phone business. They sold off Motorola and then decide to start manufacturing their own Pixel phones?? The heck's the point behind that? Motorola was at that point and still is to some extent known as good and reliable phones. Add in all the patent money and what the heck where they thinking? If they just kept Motorola and made it Motorola By Google I 100% guarantee you they would've sold much more phones than now. What where they thinking???

August, 02 Oct 2019Guys. Why in wikipedia says motorola WAS an american.........why they say WASBecause Google sold Motorola to Lenovo five years ago.

why endurance rating is so low with 3500 mah battery??

Guys. Why in wikipedia says motorola WAS an american.........why they say WAS

Nidhip Joshi, 13 Sep 2019SHould I go for the Mi A3 or the Moto one Action???Moto because it had fhd+"display

Nidhip Joshi, 13 Sep 2019SHould I go for the Mi A3 or the Moto one Action???go for the motorola one action.It has good cameras,a nice processor,overall good performance.Though,the Mi A3 is pretty good considering the price point,If I were you I'd go for the moto because of the unique video shooting ability.

AnonD-778465, 12 Sep 2019I am also 36. And using Samsung Galaxy android device since 2014. I am also fed up with these ... moreMotorola has no OS updates? what a funny indian. They have OS updates and their build quality is still the same. Get out and see the world.

SHould I go for the Mi A3 or the Moto one Action???

AnonD-778465, 12 Sep 2019I am also 36. And using Samsung Galaxy android device since 2014. I am also fed up with these ... morewhats so complex? I think companies do a decent job at simplifiyng the setup and usage of the phone for regular people.

Gino76ph, 11 Sep 2019If the Galaxy A50S or the A70S will be released here in the UK then definitley I will check th... moreI am also 36. And using Samsung Galaxy android device since 2014. I am also fed up with these new complex technology in these smartphone. Earlier the phones are simple, solid and timeless. I mean you can use them for 5 years average without thinking about the updates, new network coming etc. But now a days things are very very different. Some devices as high as one year salary of most young people and yet they can be unusable in 3 years.

As for using Samsung devices, I use them for basically three reasons- battery runs a for day, no hanging issue and no heating issue.

As for Nokia or Moto devices, I see them very rarely in here. In India if you are very rich, then buy iPhones, if you are middle class then Samsung is for you, but if you are anything except belong to above category then buy Xiaomi (Mi, Redmi) or Oppo/Vivo/Lenevo etc.

Honestly saying I was very excited to see Nokia Android devices at starring point, and also tried few devices's demo e.g. Nokia 6.1 plus which has strong build, good screen and fast U.I. but then I read the authentic reviews about usage of the devices in Amazon, Flipkart (Indian e commerce site) and found many issues faced by the users and cold service by customer care. And this has stopped me from going after them.

Same with the Moto. The very first Moto G in 2013/2014 was a real gem. But after Lenevo acquisition, Moto has gone down on quality and standards. And they have three major issues in their devices, e.g. battery drainage, heating/hanging issue and no O.S. updates.

Anyway this is the real data I have found. I am not support or against of any brands or devices. If a device looks beautiful, but has issue I will not go for it; but if it is ugly and still has the things I am looking for in device, I will buy it.

As for you, I will not hide, I am an professional artist who works on high-end software (Adobe, Autodesk) and hardware; but still I found these new 2/3 camera setup (depth lens, ultra wide lens, macro lens, zoom lens) etc to complicated on a device which is not a proper camera. So, I can't say specifically which device will best for you. And if you can't take advice from unknown people on online forums like these to buy a specific one.

So, my advice. Make a list of 3/4 devices which has the specs you are looking for e.f. Moto Action, Moto Zoom, Nokia (upcoming devices have 3/4 back camera),l and any other device you found. Then please watch YouTube reviews (they are not 100% reliable), but at least they shows us the specs with usage and read the user experience from e commerce site (I found the very poor battery life of Mi A3 and Moto Action on these sites). Then choose one you found the most suitable.

Remember few things, no device is 100% perfect for everyone. You have to compromise in some areas. A fast processor or multi setup camera lens means more battery consumption.

AnonD-778465, 11 Sep 2019I did some Google research to find out the truth about A50. Also my father has one which is fe... moreIf the Galaxy A50S or the A70S will be released here in the UK then definitley I will check them out.
But I think I will skip this phone and perhaps wait for the 2nd-gne one.
Now, I am slowly turning my attention to the Nokia 8.1 and the still "class-leading for price-for-specs ratio" Moto G7 Plus which IMO is better specced than the One phones.
I am in my 40's and i do not want the latest & greatest. I just want something that works for me and one that I can be proud to use everyday. I had my Galaxy S9+ for 3 months now but let's face it. Despite being an old flagship it is showing it's age.
I have pinpointed (not exactly nitpicked) things that i do not like anymore with my phone.
The 26mm wide angle lens on the rear camera sometimes just doesn't cut it any more. The selfie camera (with all its specs) are for my standards "atrocious".The phone is starting to show more signs of errors (SIM-card not inserted), battery life ain't that good any more (despite having the same number of apps for 12 months running now) and the One UI still feels sluggish in times of when you needed it most.
So, what that said does a near-stock, midrange Android like the Nokia 8.1. and Moto G7 Plus be a good "fallback" if you like and still be a good daily driver?

I am really impressed from your specification information. It is very useful thank you

Gino76ph, 10 Sep 2019There is only 1 dedicated Samsung store in Central London. And I highly doubt the people there... moreI did some Google research to find out the truth about A50. Also my father has one which is few weeks old. It is good device at the price. Screen is good, color looks great, cameras are also good enough.

Anyway as for updates, Samsung gives very less frequent updates to the mid range devices compare to the S series. I agree with that.

I have noticed that you are very specific about the cameras. This Moto Action and Zoom has some unique camera set up and there is no doubt. So, if you care only about the cameras, then you can go for them. But the battery life is really short.

As for me I really want a secondary device now. Samsung will release some new models in next few days in India in budget segment. I am eagerly waiting for them.

AnonD-778465, 10 Sep 2019I did some Google search and found that Samsung A50 is IP68 certified. So, it can survive litt... moreThere is only 1 dedicated Samsung store in Central London. And I highly doubt the people there are knowledgeable enough to know if an A-phone is IP-rated or not. They would still go to one corner or go to their computer and research it. Believe me I know.
But, may I ask whereabouts you found out if the A50 is water-resistant?
I have many reservations about the A-class of phones by Samsung. for one, updates maybe not as often as the S-line. The cameras are not as good as say a mid-range Nokia phone.

Total of 203 user reviews and opinions for Motorola One Action.
ADVERTISEMENTS