Motorola One Action rumored to launch in India on August 23

Motorola is working on a few new members of its One family of smartphones. Like their names imply, these are part of the Android One program, getting an unadulterated version of the OS and the promise of swift updates. Alongside the One Pro (also known as One Zoom) that's on the way, the One Action is clearly due to become official very soon, based on how much it's been leaking lately.

Now a new report from India says the Motorola One Action's launch event in the subcontinent will take place on August 23. Based on previous leaks, its price in Europe is expected to be €299 for the top of the line model with 4GB of RAM and 128GB of storage. 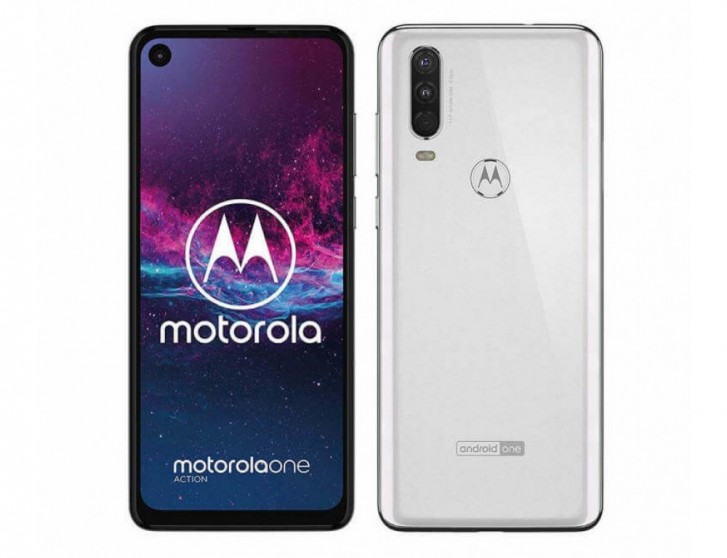 That currently translates into INR 23,766, but because of how smartphone pricing usually works, we wouldn't be at all surprised to see it going for less over there, perhaps even INR 19,999. Also keep in mind that lower-specced variations are going to be available too, pairing 3GB of RAM with 32GB of storage, and 4GB with 64GB.

The Motorola One Action is said to sport a 6.3-inch 1080p+ LCD touchscreen with 21:9 aspect ratio, the Exynos 9609 chipset, and a 3,500 mAh battery. Its rear camera system comprises of a 13 MP main camera, an ultra-wide shooter with 117-degree field-of-view, and a depth sensor. It's going to be in stores in Europe on September 7.

Couldn´t care less for this model.... Bring the one zoom already,. We´re all eager to seen any new development not reciyled stuff!

The offering by Motorola was pretty lame. With that kind of pricing they just can't beat the big boys. Can't beat Vivo products.