Motorola's family of smartphones running Android One is about to expand even further. The Motorola One Action is surely going to become official soon, as it just keeps on leaking.

This time around we have official-looking press renders, showing the device's front alongside two color options for the back: white and blue/green. Both of these versions have been seen before, separately though. 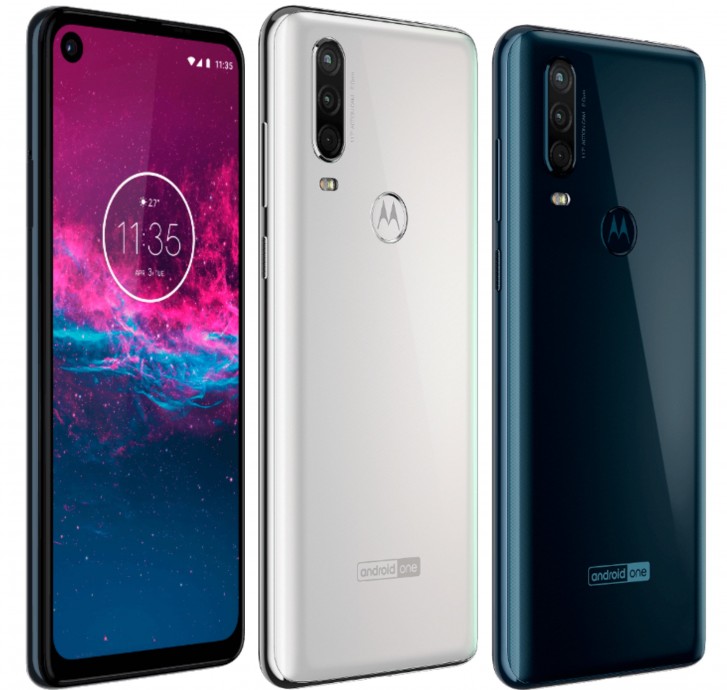 This new promo image cements the fact that these will be among the available hues, and apparently a gold variation is on the way too, although we don't yet know if they will be joined by other colorways. The One Action should have a 6.3-inch FHD+ display with the hard to miss hole punch in the top left side, housing the 12.6MP selfie camera.

On the rear two of the three shooters will have 12.6MP resolution, including the main one. One of the three snappers will be ultra-wide with a 117-degree field-of-view, although it's not clear which purpose the third one will fulfill. The phone is apparently going to be powered by the Exynos 9609 chipset, and will be offered in three RAM/storage versions: 3GB/32GB, 4GB/64GB, and 4GB/128GB. The battery capacity is 3,500 mAh and the software should be Android 9 Pie.

The One Action has been rumored to sport a plastic back. Whether it will be ruggedized in some way, as its name seems to imply, remains to be seen.

I hope moto will have this kind of design but with better specs. Android One OS or Stock Android 1. SD 845 or above 2. Rear Fingerprint scanner at the Moto logo 3. Thinner bezel at the top and bottom 4. UFC 5. Battery 4000 mhz or above ...

It would cost them more money.